Xavi Bové opens the Cycle of Lectures and Seminars 2019-20 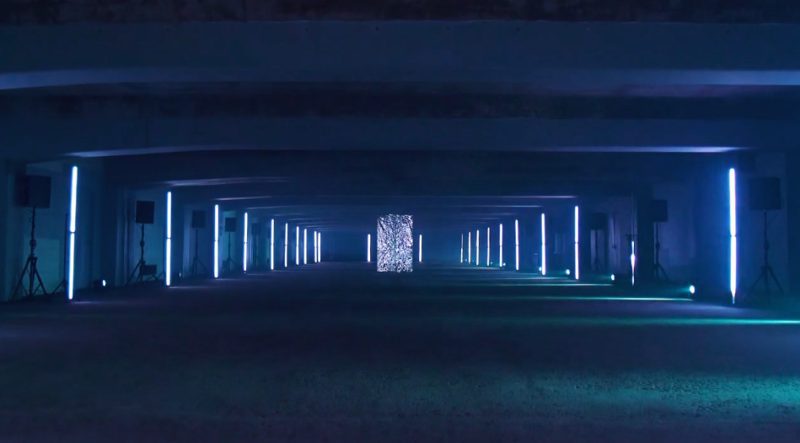 Posted at 12:26h in Blog, Gráfico-Audiovisual, Noticias by ESDI Admin

Visual composer Xavi Bové (Lleida, 1978) gave a lecture titled “The relationship between image and sound in artistic creation”. This lecture opened the Cycle of Lectures and Seminars of the new academic year, on October 31. Students of the Undergraduate Degree in Design and the Master’s Degree in Digital Art Curatorship attended to know in depth his projects on mapping and audiovisual design.

Xavi presented his latest creations such as “Moviments Granados” –a mapping project in real time with live music. Other of his recent works are “Time Rhythm”, about chaos and order in a bridge in Singapore; “Security Area”, about world conflicts; “L’Arbre de la Memòria”, light and mapping piece at the Barcelona City Council in memory of the war victims; and “Brots de Memòria”, its continuation with leds at Mercat del Born.

Xavi Bové is a visual composer, passionate about both tradition and innovation, the organic and also the digital. Bové directs audiovisual projects where art and technology go hand in hand, and where the image keeps a deep and close relationship with the music. From a technical background as a telecommunications engineer, his work is characterized by providing a sensitive approach in fields such as performing live music, videomapping, live visuals, video art, performing arts, advertising and new media art.

In the last years he has specialized in projection mapping, becoming director of FIMG, Festival Internacional de Mapping de Girona in 2016. He has worked internationally in cities such as London, Berlin, New York, Singapore, Rome and Barcelona.