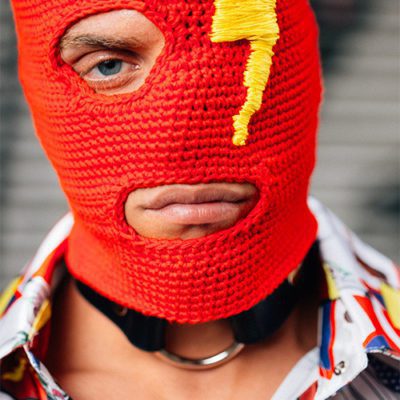 When John Waters was a teenager, he questioned whether he really wanted to continue the canons of a boring, pre-built life, which defined the values ​​of the US, or chose another path.

But who is John Waters?
John Waters is a cult film director, writer and art collector, within the paradigm of trash / underground culture. His work revolves around the idea of ​​destroying, through parody, obscenity and provocation, the American morality of the 50s and 60s, of which we are still heirs.

What happens, then, with all those people who do not fit or do not want to fit into this idea of ​​American society?
From this rebellious premise, this work is born, a rejection of the patriarchal, capitalist, heterosexual and globalized system that aims to create human beings in series. The thread is a clear apology to the language that J. Waters uses against the whole world, through an aesthetic inspired by dirt, bad smell and crime, among others, to end up dealing with social issues such as abortion, motherhood, crime, sexual freedom, family roles, the other side of American morality, addictions, love and the art system.

Through the direct relationship between his films with real experiences lived by the author, an authentic and personal content is generated. With this methodology, we intend to express the concepts of the general work of John Waters and understand their aesthetics and philosophy of life through a personal vision, admiration and love for this genius.