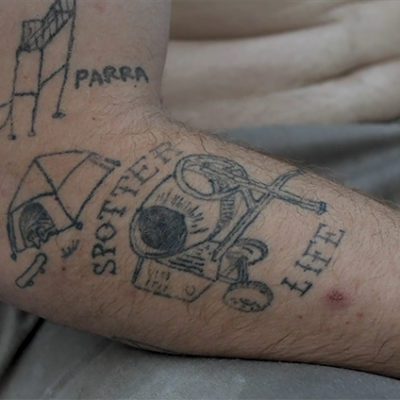 Skateboarding was born during the 60’s in the United States. In these last sixty years it has expanded globally throughout the rest of the world, spreading several generations of young people who were looking for a lifestyle based on creativity, freedom, fun and friendship.

Barcelona is an ideal context for their research, because this city is considered by the skateboarding culture as a mecca. However, certain measures adopted by the city council prohibit the practice with skates outside the areas designated for it.

This project proposes to investigate the forms of organization carried out by the skaters of Spotter, a skatepark created and self-managed by the local skaters themselves. Spotter was created from 2012 in Badia del Vallès, and in just 6 years has ended up becoming one of the best skateparks in Barcelona, expanding thanks to a self-management carried out by local skaters, based on collectivism, trust and the Do It Yourself culture.

Do It Yourself, or DIY, could be defined as a form of countercultural production that rejects capitalist production forms, allowing each individual to produce, distribute or promote any product. Within the skater culture, the Do It Yourself involves the creation of skateparks or small modules by the skateboarders themselves.

Steven Johnson defines an emergent system as those complex systems formed by individual agents that deploy an intelligence and cooperative behavior that is far superior to that which could be performed by each of its individual parts separately. These emerging systems are based on the absence of a hierarchy or centralization of intelligence, organized through ascending intelligence and self-organization.

In this way, the concept of emergency could perfectly describe the mode of operation carried out by some of the alternative groups of skaters in Barcelona, who through cooperation, self-management and Do It Yourself, decide to create their own home.