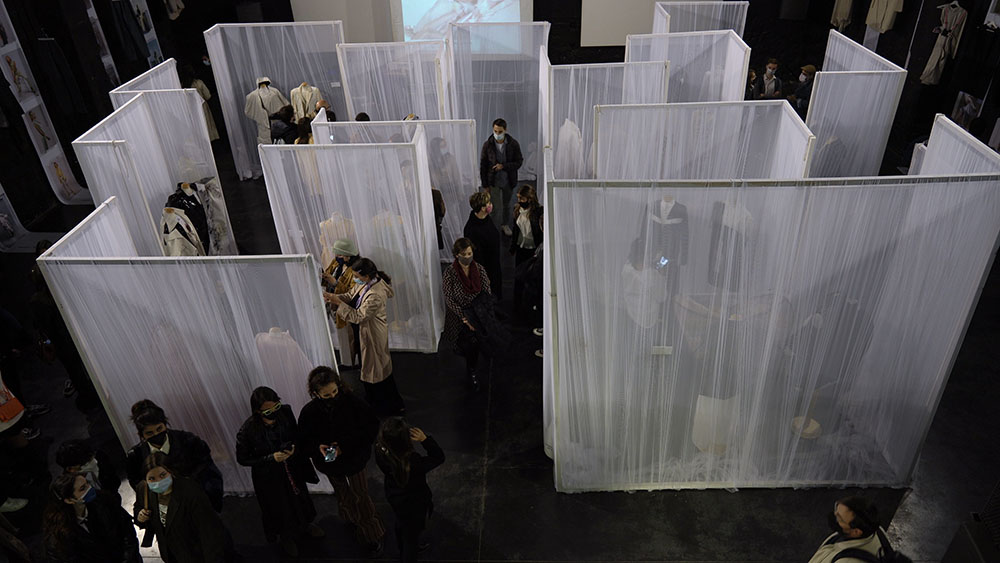 Posted at 13:16h in Blog, Moda, Noticias by ESDI Admin

On Thursday April the 7th of 2022 at HANGAR (Barcelona), ESDi held its traditional Degree Fashion Show, the act of presentation of the Final Projects of its graduates in Design with a Fashion major. With the title “Transitando el espacio”, this year the event returned to the presentiality as a hybrid between exhibition of garments, runaways ans fashion films projection. The collections that were displayed belong to the last graduates in Design with a Fashion major by ESDi: Sara Carbonell, Rosa Cano, Ruo Xi Situ Ye, Júlia Cabús, Alba Aranda, Laia Muntal, Emma Soler, Mònica Guiu, Patricia Mestres, Maria Rosiñol, Ester Rodríguez, Anna Casáis and Gemma Pascual.

The designer Ester Rodríguez won the 1st prize for best collection, whilst Alba Aranda and Júlia Cabús won two runner-up prizes. ConceptD, sponsor of the event, awarded devices worth more than 4.000€ to the 3 top collections presented at “Transitando el espacio”. The 3 winners also won a set of fabrics each one, courtesy of the renowned fabric company Gratacós. The professional jury was made up of Alba Porlan, Talent Acquisition and Development at Pronovias; Xavi Bombardó, CEO of the textile companies Dobert Textile and Holistex Group; and Felipe Cano, from the kidswear brand The Animals Observatory. 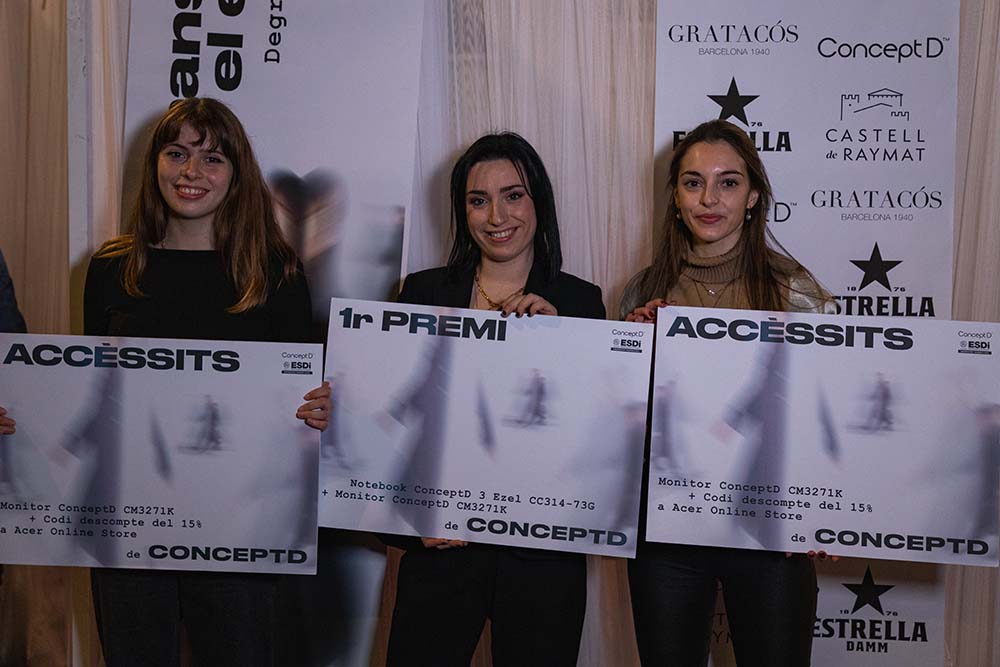 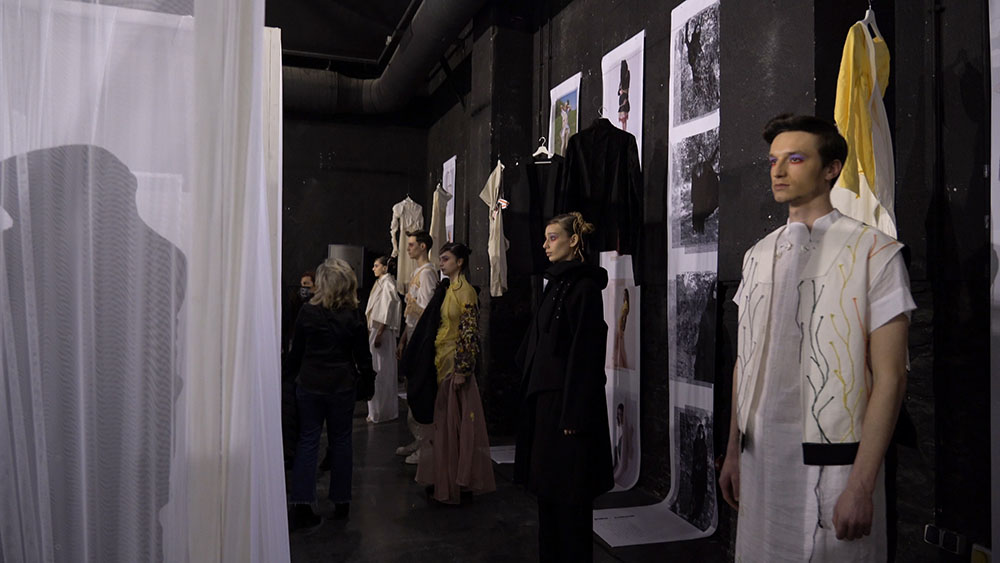 The models were “Transiting through space” (Transitando por el espacio) parading between two rooms of Hangar and an outdoor catwalk. 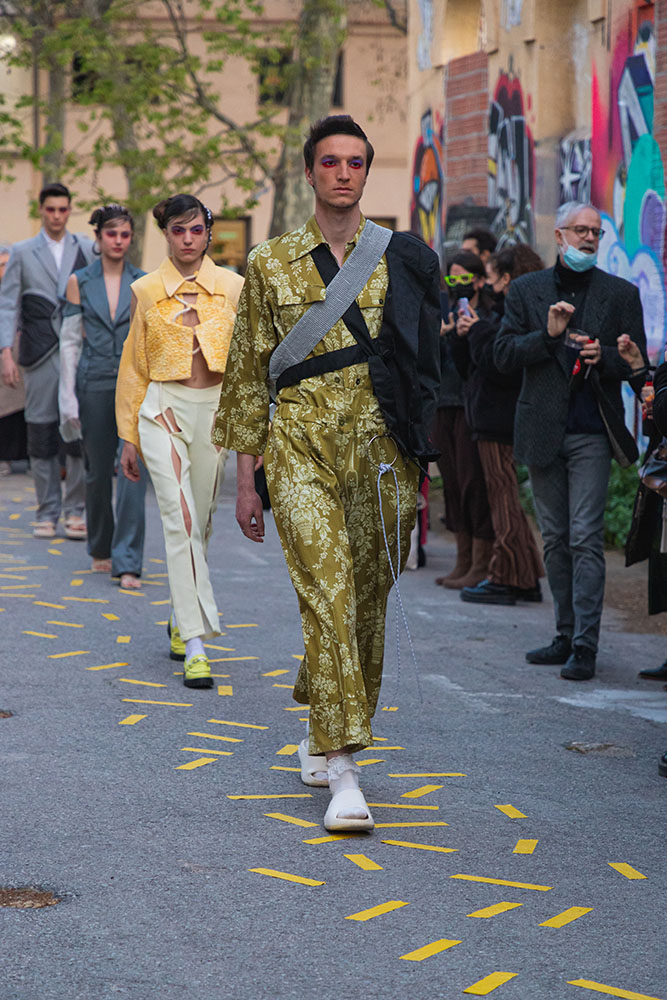 The event took place between two Hangar warehouses and an outdoor catwalk. The projects could be seen on the models, who were transiting through the three spaces; on the screen of the exhibition hall, where the fashion films designed by the graduates were projected; on mannequins, in an installation designed using tulle to create a maze where you could see and touch garments; and through the sketchbooks of the projects, which were displayed so that the creative process of the design of the collections could be observed.

The attendees, including Ona Carbonell (who is also studying fashion design at ESDi), were able to enjoy a multi-format on-site fashion event, that tried to leave the standard fashion show behind. Thanks to the collaboration of Estrella Damm and Castell de Raymat, we also had the opportunity to toast in Hangar’s Multipurpose Room, set up as a backstage for the models and at the same time as a dance floor. 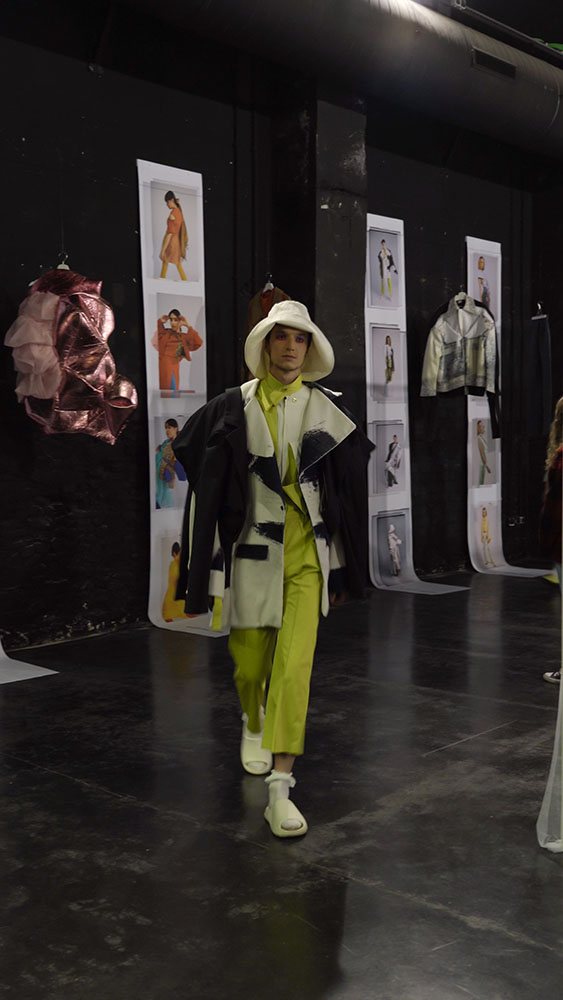 The collections could be seen on the model, displayed on mannequins and in the fashion films, lookbooks and sketchbooks of the projects. 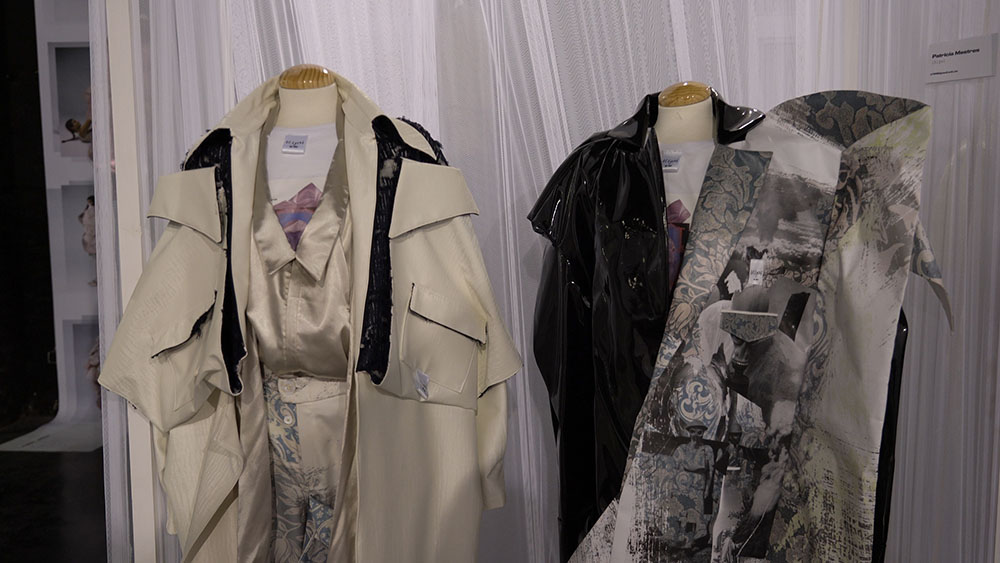 Displayed garments of the “Ikigai” collection by Patricia Mestres.

Displayed garments of the “Satori” collection by Mònica Guiu.

“Peripecia” by Ester Rodríguez won the 1st prize for best collection of “Transitando el espacio”. The project deals with the issue of a mental health condition that affects more than 30% of the population today: depression. Through 15 looks, it shows the process a person goes through, ranging from mental stability to the overflow of feelings. The collection is an evolution from stability, represented with wool, to overflow, represented with fabrics such as organza and milu, in which the purpose of the wool in the garments was to control the more volatile fabrics from coming out, preventing people from seeing them. 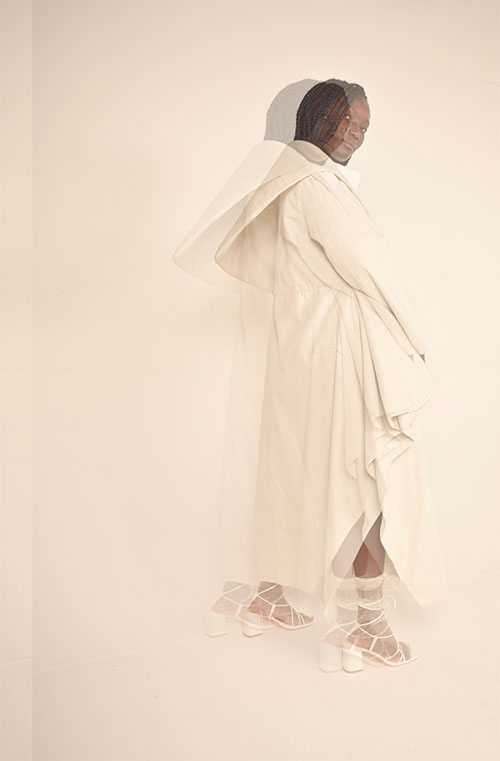 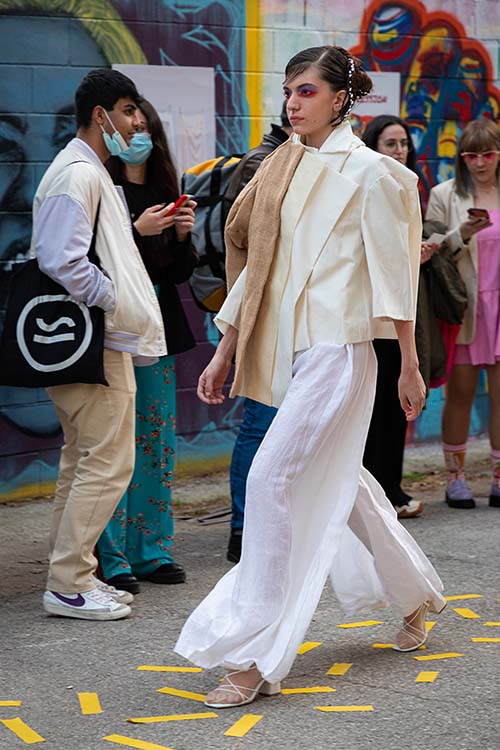 “(Des)Globalització” by Alba Aranda won one of the two runner-up prizes. The project discusses the concept of globalisation from the perspective of some of today’s best-known thinkers, a phenomenon that, after establishing itself in our society for years and creating a complex and widespread world, leaves us with a future that is difficult to control.

Nevertheless, the sustainable movement, and with it the concept of relocation, circular economy and recycling, among others, are constantly growing and becoming more and more important in our present, thus leading to the phenomenon of deglobalisation, a social system that aims to reorganise world relations in order to improve the aspects that could have drastic repercussions on the future of our planet. The project questions and ponders on the consumption habits based on this movement.

“(Re)strained” by Júlia Cabús won the other runner-up prize. The premise of her project is based on the fact that the topics dealt with in American Gothic and the opinions about them are similar to those of today’s America.

In the past few years we have witnessed a radicalisation of the Liberty Nation and in 2021 we have witnessed its traces in policies and discriminations. Through research and analysis of the country’s past and present and literature, Júlia creates an aesthetic language of her own that shows the realities and problems that persist in them. 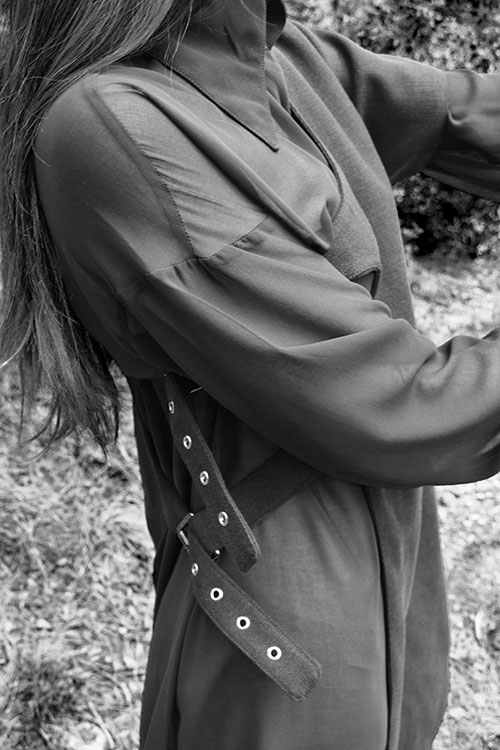