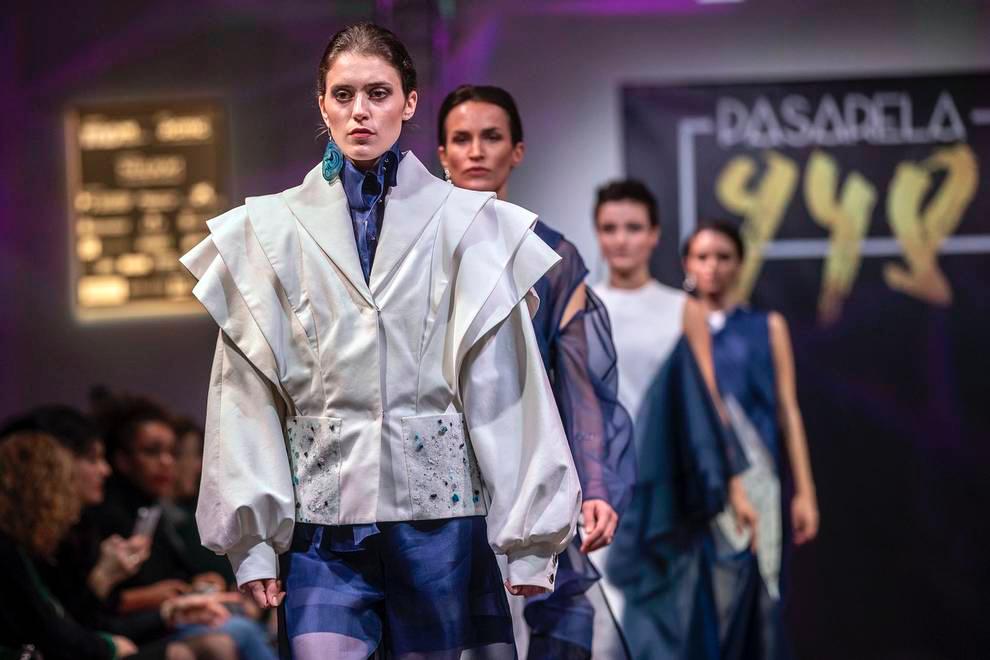 Posted at 15:56h in Blog, ESDi, Noticias by ESDI Admin

Last Friday, February 7, the final of the third edition of the New Fashion Creators contest was held at the Palacio de Congresos Baluarte in Pamplona (Navarra), within the framework of Pasarela 948. Graduates of ESDi in Fashion Design Natàlia Llauradó and Ricard Agut paraded with their end of degree collections, after being selected as finalists of the national competition.

Natàlia Llauradó was proclaimed the national winner and awarded with a prize endowed with 1.000 € and the possibility of parading in the next edition of Pasarela 948. This edition, the contest had the presence of designers such as Ion Fiz, Ulises Mérida or Ágatha Ruiz de la Prada. Natàlia’s collection “TOURM-A-LINE” is inspired by the effects that some minerals exert on the body, and convinced the jury, formed by Modesto Lomba (Devota & Lomba), president of the Association of Fashion Creators of Spain (ACME); fashion designers Hannibal Laguna, Alvaro Castejón (Alvarno), Juan Duyos, and RTVE.es fashion editor Rafael Muñoz.

In “TOURM-A-LINE” white and blue colors predominate, using metallic complements that represent this relationship with minerals. The pieces are made of natural fabrics, such as silk organza and cotton twill. For his designs, he took as reference the properties that minerals can show: contrast of transparencies with opaque pieces, matt and gloss, volume and stiffness and straight lines.

Ricard Agut also paraded with his men’s collection “Mala Sang”, which focuses on the concept of creative evil. It relates this concept to a film project called “The Legionnaire and the Mona”, by Francisco Javier Gómez Pinteño. A story in which the author wants to reflect the malice of the human being entering into a drama framed in a Spanish colony in North Africa during the thirties of the twentieth century. In this way, “Mala Sang” intends to capture the darkest part of the human being on clothes, with a collection of male tailoring full of straight and structured pieces inspired by the historical period and the men’s costumes of the time of the named film.