IRI presents the IVO citizen assistance robot, characterized by ESDi, at the SCEWC 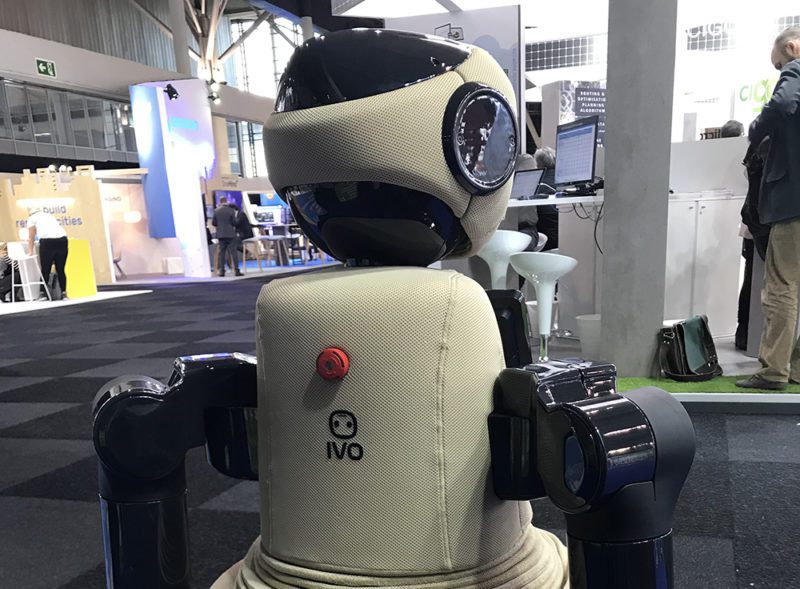 Posted at 12:41h in Blog, Noticias by ESDI Admin

“IVO. Design of a robot for citizen assistance” is a characterization project of a robot for citizen assitance in public or outdoor spaces. This robot is a research project of the Institute of Robotics and Industrial Informatics (IRI) of the Polytechnic University of Catalonia, designed by a multidisciplinary team of the ESDi School of Design. The project has been presented at the Smart City Expo World Congress. 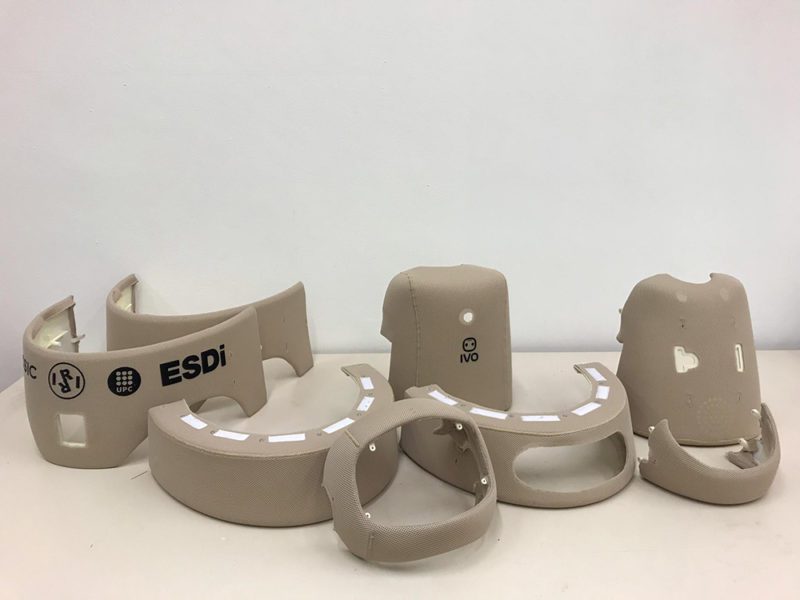 IVO is a robot programmed to respond to the challenges of collaborative robotics in which human beings and robots work together to achieve a common task. IVO has been designed to solve situations such as urban accompaniment of people; route planning, navigation and execution; the exploration and recognition of spaces or the manipulation of elements (for which the independent arms of the robot are used), among others.

The IVO robot is a research project of the Institute of Robotics and Industrial Computing IRI of the UPC, Polytechnic University of Catalonia. The design and characterization of this robot for citizen assistance in public or outdoor spaces has been developed by a multidisciplinary team of the ESDi Higher School of Design, and has been presented at the Smart City Expo World Congress (SCEWC), which took place in Barcelona from November 19 to 21.

The research carried out with the IVO robot is part of the strategic human-centered robotics research program of the IRI, which has been recognized by the State Research Agency as the Research Unit of Excellence ‘María of Maeztu ‘. This program aims to take into account many situations in which robots come into contact or interact with humans, not limited to social robotics (significant interaction between people and robots), but also to collaborative robotics, in which humans and robots work together for a common task; or an assistive robotics in which technology is exploited to help people. 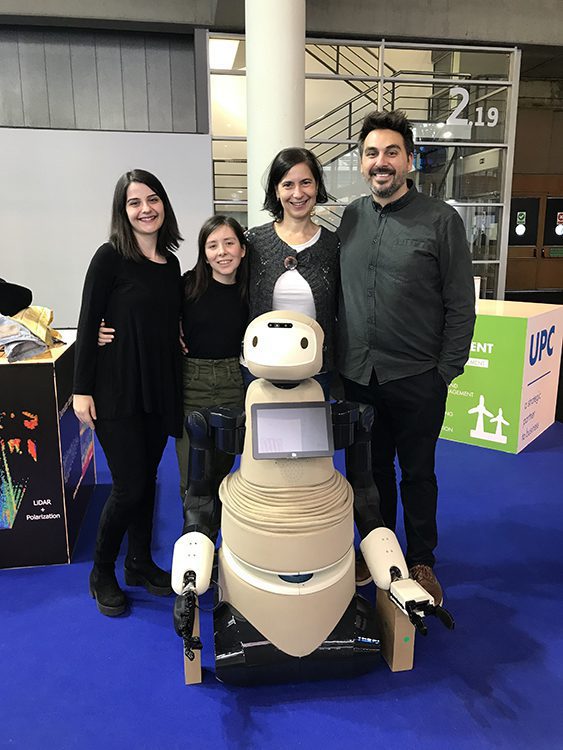 IRI proposed to ESDi the challenge of formalising a help or assistance robot to people in which any user wants to approach and interact with him. The project takes advantage of some components or parts of the robots that are standard (already designed for other existing robots. But it started from scratch in the type of robot that was to be designed: more humanoid, even realistic, or a bet for a more robotic or more iconic appearance. In addition to the objective of innovating at the formal level, the IRI also transmitted to the team in charge of the robot’s design its desire for innovation in the materials to be used.

The ESDi team also took care of the name of the robot, which had to convey territorial identity, connection with the IRI brand and socio-cultural values. The naming was also developed from other features such as: no gender identity, notoriety, positive connotation and service, duration, ease of pronunciation and imaginary story created around the robot. From the proposals that emerged in the brainstorming sessions a selection was made, which was worked from the semiotic field until reaching the final proposal: IVO.

The objectives of the project

The robot design and characterization project was proposed with two types of objectives. On the one hand, formalization objectives: achieve emotional and cultural acceptance, communicate service vocation, identify with the context of use, signify the robotic nature and achieve photogenicity and pregnance. On the other hand, objectives of interaction with the robot: make a good description of scenarios and actors that help detect opportunities in order to propose uses / actions / activities in which the robot can be useful. Define the user experience in relation to the interaction of people with the robot, and get support emotional acceptance with elements of interaction and with the use of touch-friendly materials.

Team participating in the IVO project

ESDi set up a multidisciplinary team of professors, to guide students in the development of the project and design the most appropriate methodology to achieve the objectives. The team is formed in this case by Dr. Encarna Ruiz, Doctor of Journalism specialized in Socioemiotic, who has focused her research on social trend analysis. Mireia Puig Poch and Juan Alberto Favaro, expert product designers in ergonomics. One of them doing a doctoral thesis in ergonomics and design, the other with a path in the design of robots and technology with which people have to interact. Miguel González, fashion designer who is doing his doctoral thesis on smart clothes and wearables destined to use social interaction. And Elizabeth Ferrandiz, Doctor of Psychology and Bachelor of Fine Arts, oriented to research into habits and trends of new generations. The specialized professors in patronage and clothing have also participated: Sofia Hernández, Juan Carlos Grao, María Bordas and David Malakian. In the case of students, they belong to 2nd, 3rd and 4th of different itineraries of the Degree of Design offered in ESDi: product, graphic, audiovisual and fashion. These are: Cecilia Solé, Inés Herranz, Ivette Sabanés, Paula Aguilar, Francesc Català, Emma Lafoz and Ainara Navarrete.

The team of professors has two experts in ergonomics because of the special importance given to this characteristic in the project. The designer needs to understand how the human being works because he designs objects for him. You should do it in a way that you can understand and use with ease and in a way that does not harm you. Ergonomics is concerned with all this: from physiological and anthropometric aspects, through bio-mechanics and stress analysis, to cognitive and environmental aspects. Always from a scientific base, which makes it reliable, gives us a global view of the world. In the design of this product, this information is vital, both for the physical / postural interaction of the user with respect to the robot, and for the interaction that causes an emotional connection related to cognitive aspects.