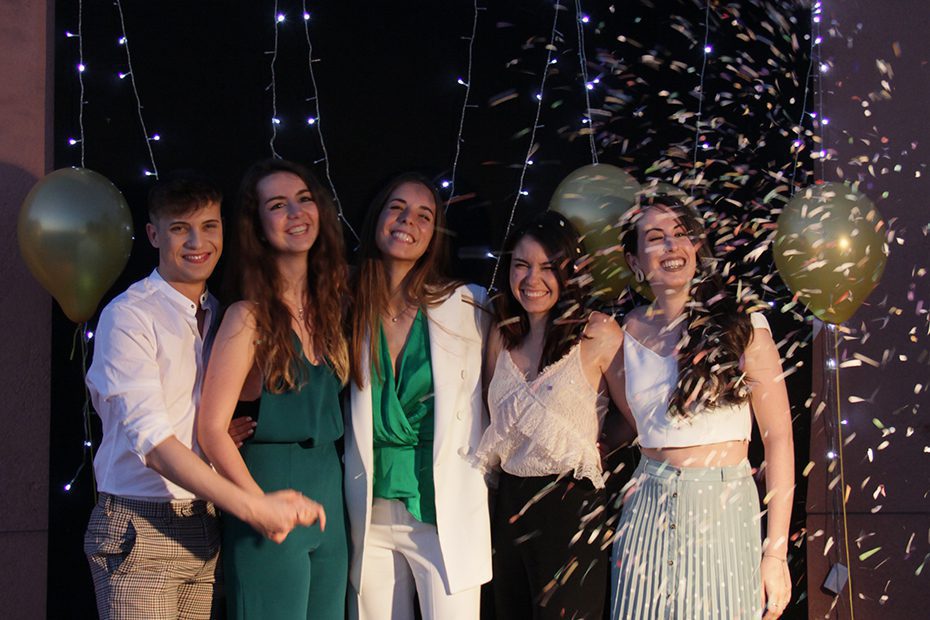 Posted at 10:03h in Noticias by ESDI Admin

The ESDi Hall hosted on Thursday, June 27, the graduation ceremony of 34 students of the Degree in Design. The event, presented by Ares Subirà, Head of Communication and Marketing at ESDi, began with the intervention of Mr. Juan José Pérez. The Secretary-General of the FUNDIT congratulated the students for having successfully completed their stage as university students.

After the speech of the Academic Director, Dr. Josué Molina, a video with images of all the students of the 2015-2019 class was screened. Then, they were called one by one to receive their diplomas. 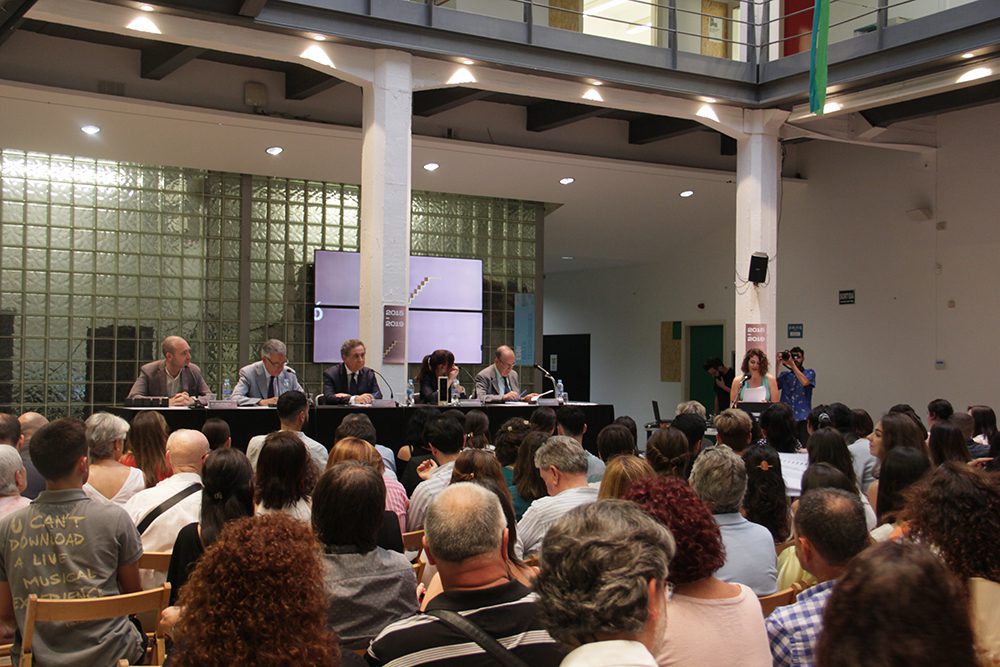 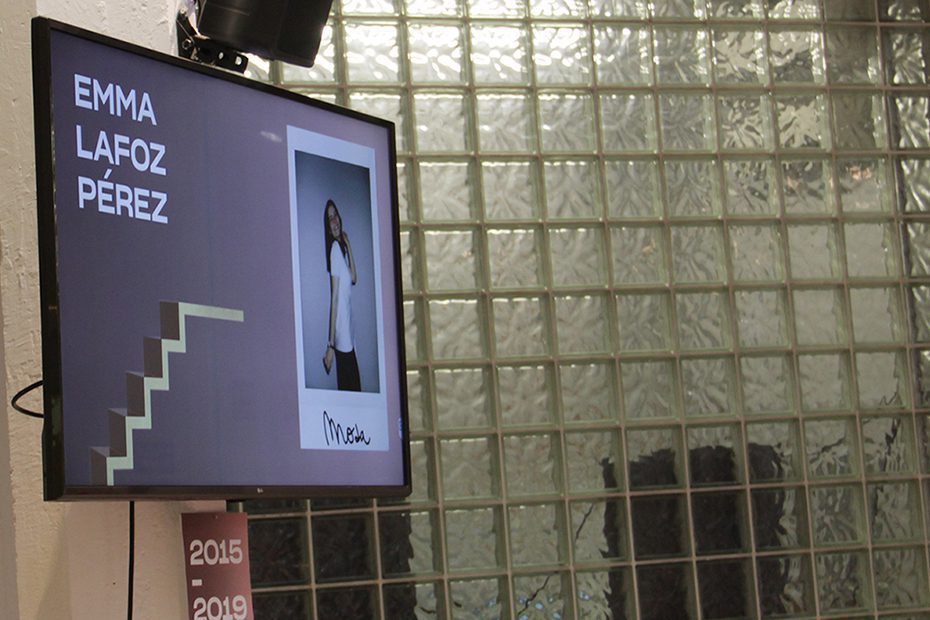 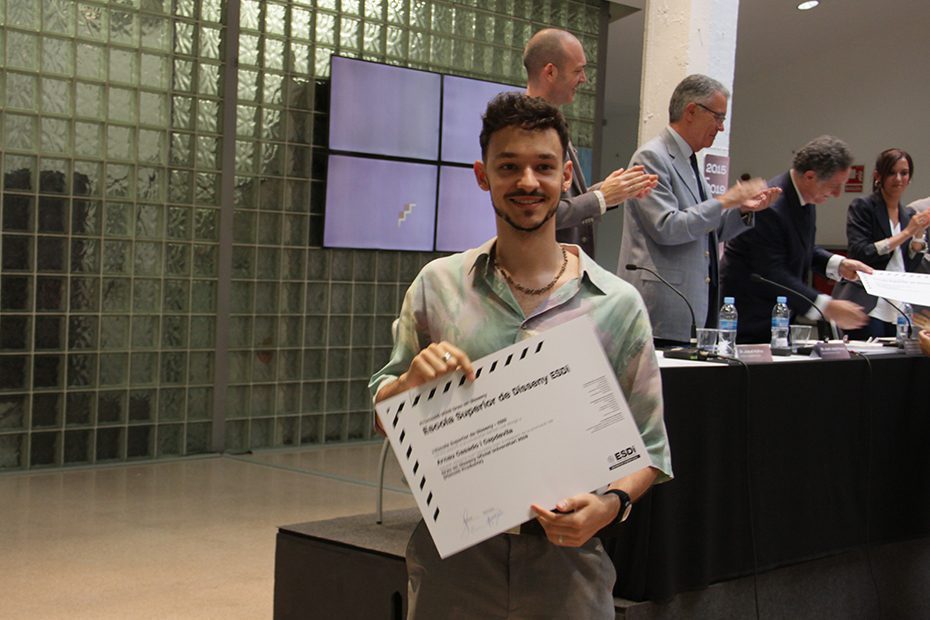 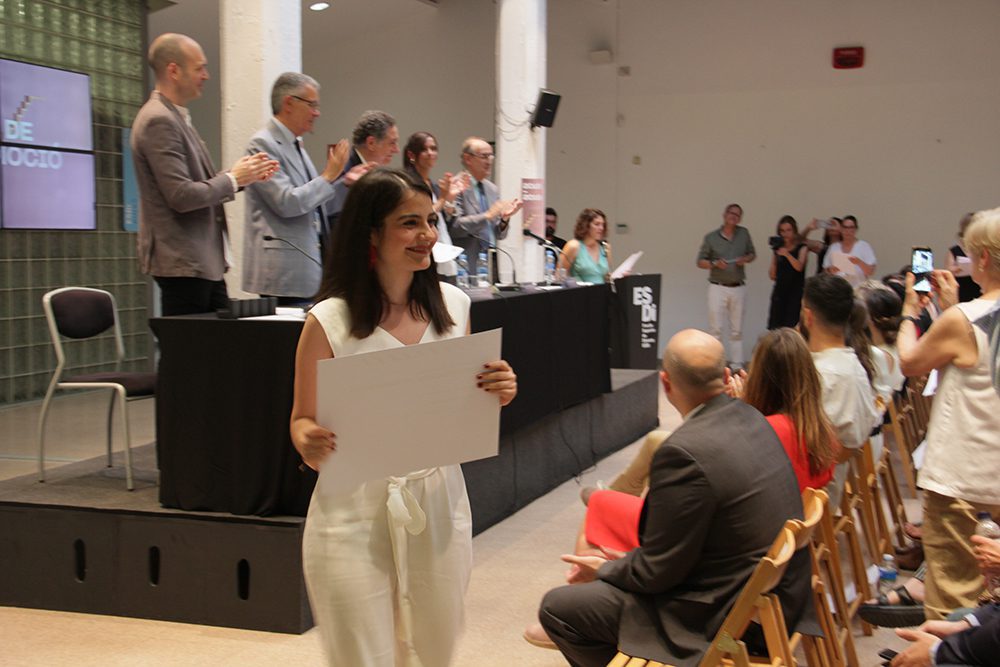 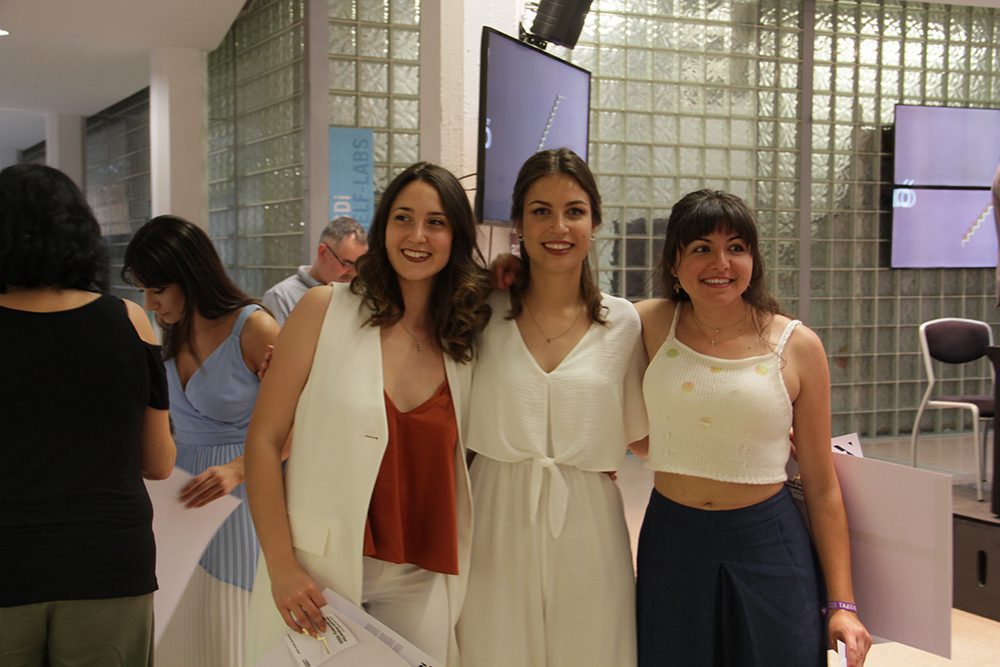 Then came the turn of the students representing the promotion: Aitana Kugeler, from Graphic Design, and Júlia López, from Interior Design. In their speech, full of funny anecdotes, they reviewed their experience at ESDi and the best moments of the last four years.

The floor was given to Mr. Antoni Garrell, General Director of the FUNDIT. He emphasized the importance of sustainability in the careers of designers.

One of the most emotional moments of the act came with the recognition of Dr. Encarna Ruiz. Mr. Antoni Garrell presented him with an award for her professional and teaching career at ESDi and her impetus to the Department of Design Analysis and Theory, as well as to R & D projects. Dr. Encarna Ruiz reminded many colleagues who have accompanied her throughout her time at ESDi.

The following recognition was for the best University-Business project to the Institute of Robotics and Industrial Informatics (IRI). The award was received by Dr. Ana Puig-Pey, IRI researcher. Finally,  Marc Senar was chosen as the best creative project of alumni and stressed to the students how well-prepared they leave school, even if they do not realize it. 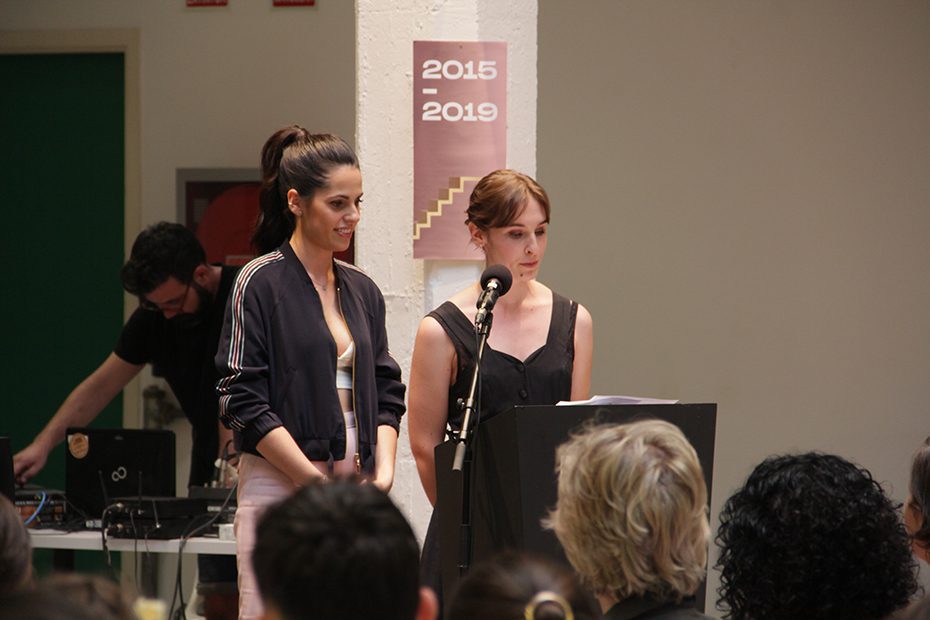 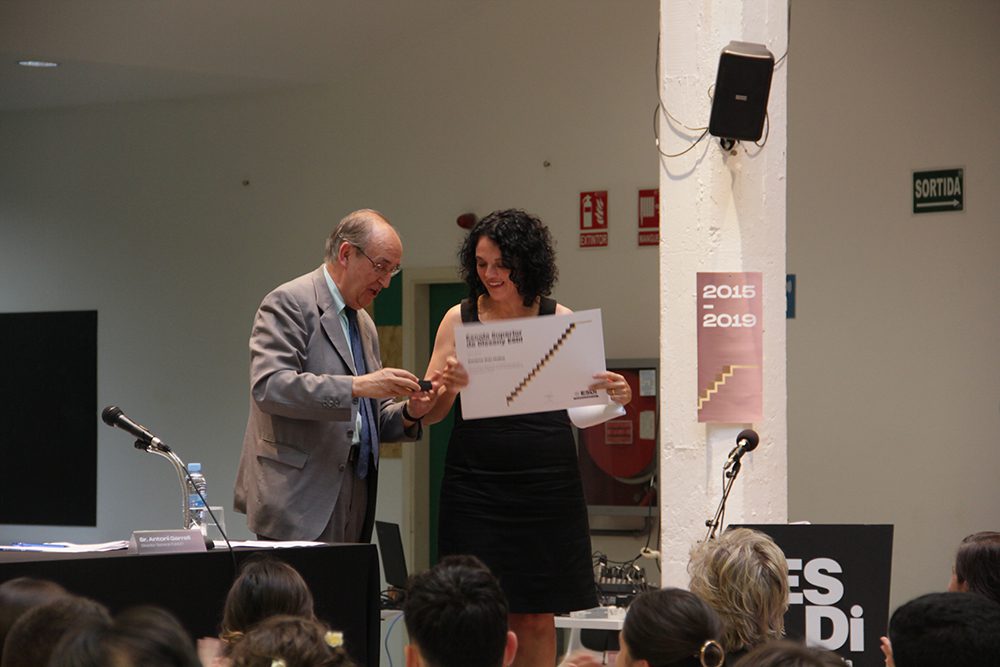 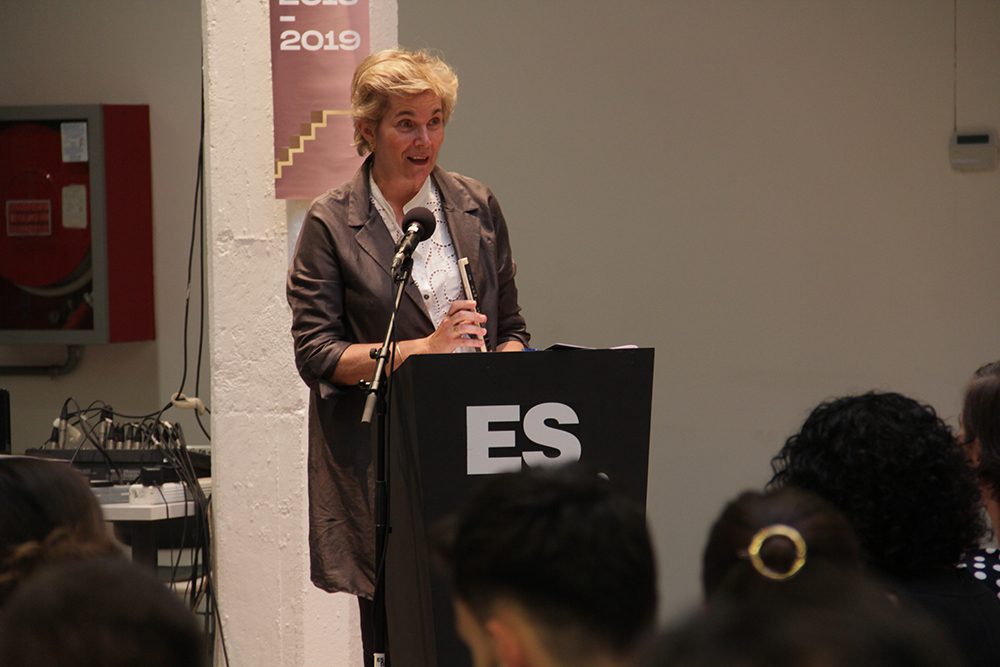 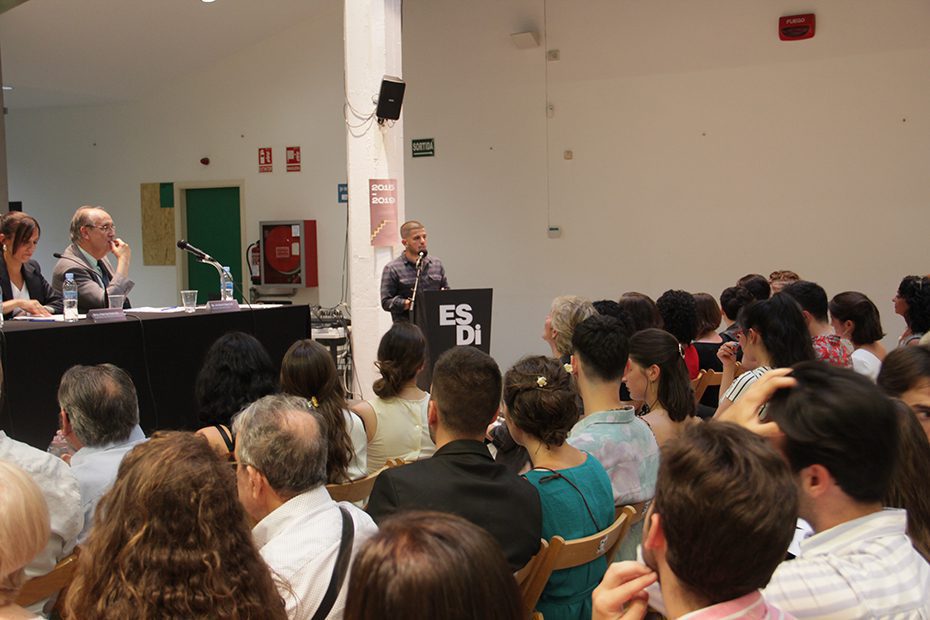 The students with the best academic records of the Degree in Design also received a recognition. They were: Aitana Kugeler from GraphicDesign, Alba Molist from Product Design, Júlia López from Interior Design, Neus Orero from Fashion Design, Joaquim Rivas from Design Management, and Albert Puig from Audiovisual Design. All of them will have a training in entrepreneurship provided by the City Council of Sabadell. Joaquim Rivas also won the award for the best academic record of the entire class of 2015-2019.

The winners received a diploma and a jewel designed by Isona Ten, ESDi alumni that has her own brand of contemporary jewelry.

Mrs. Marta Farrés, Mayor of Sabadell, and Dr. Carlo Gallucci, Vice-Rector of International Relations and Students at the Ramon Llull University, were in charge of closing the event with their speeches. 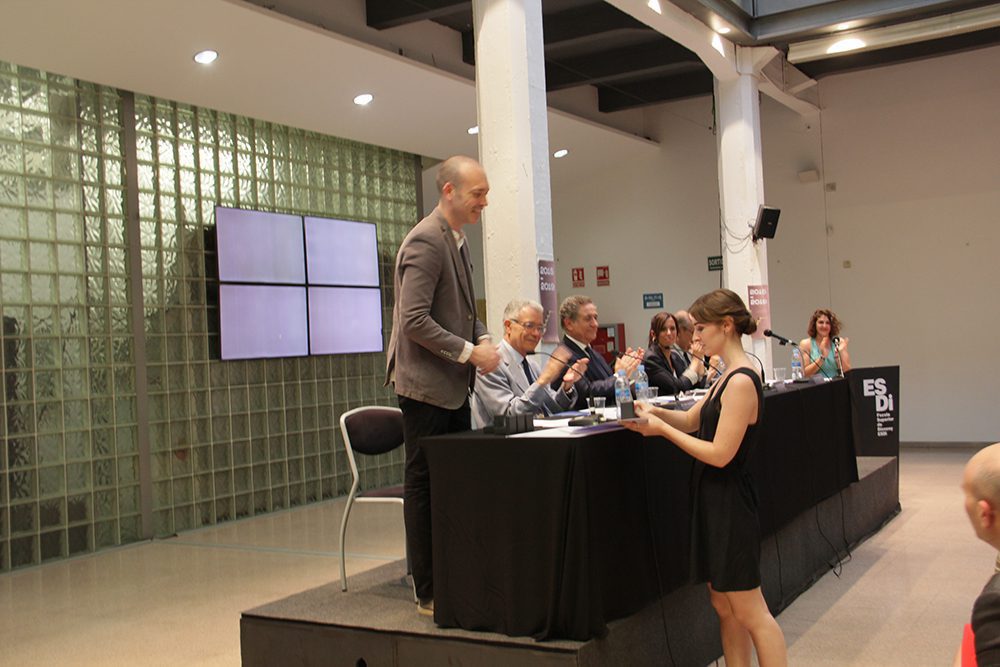 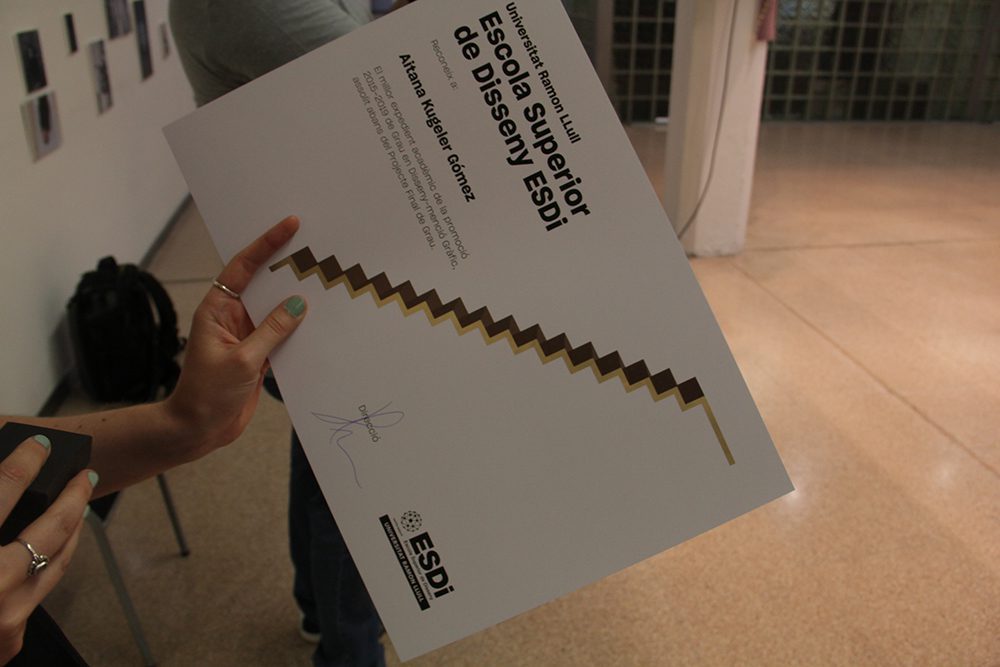 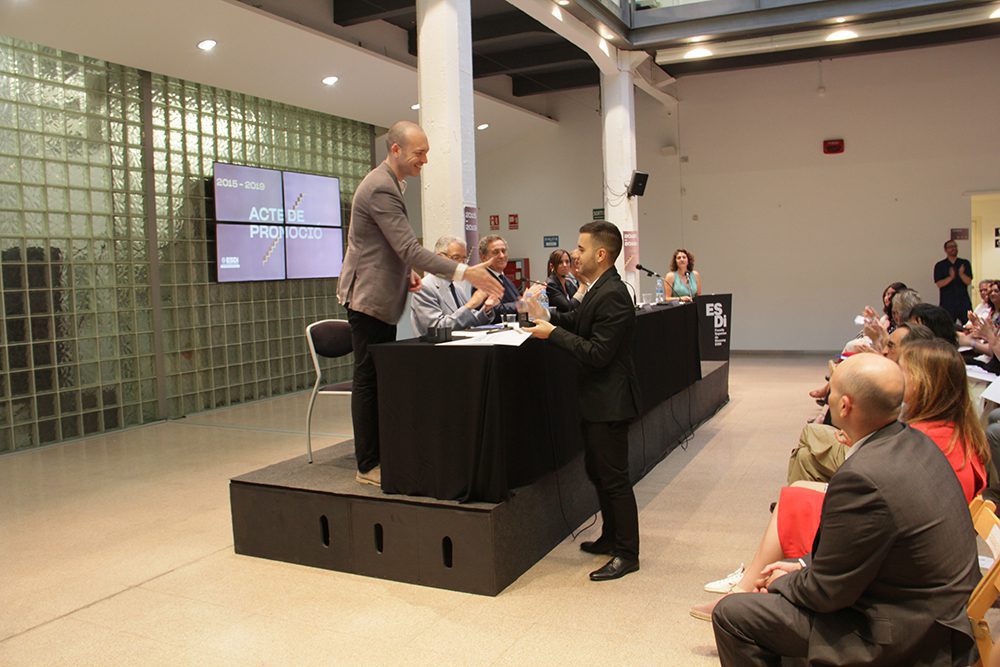 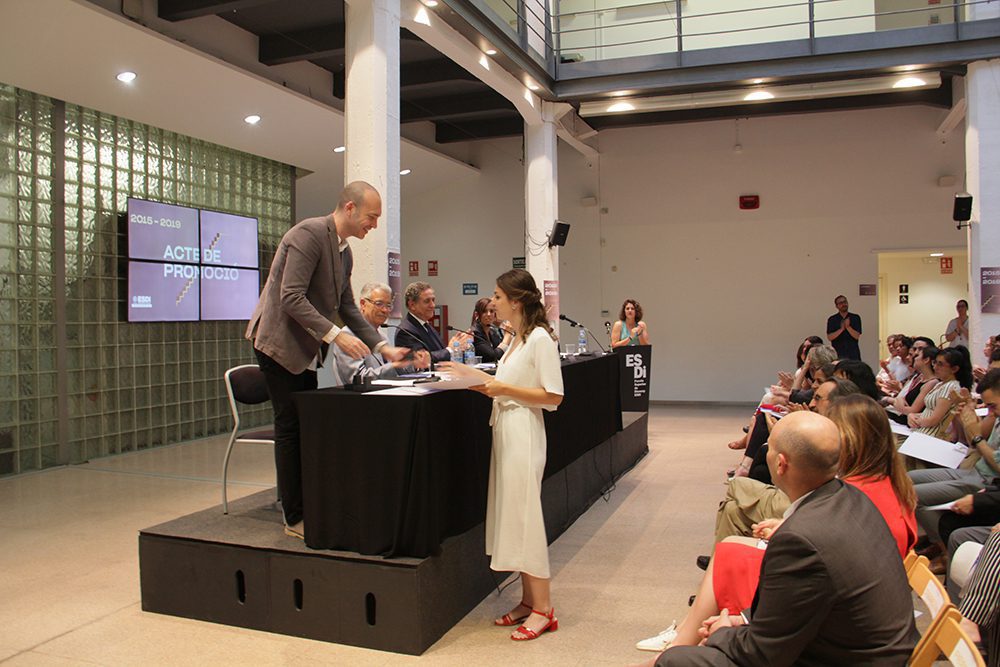 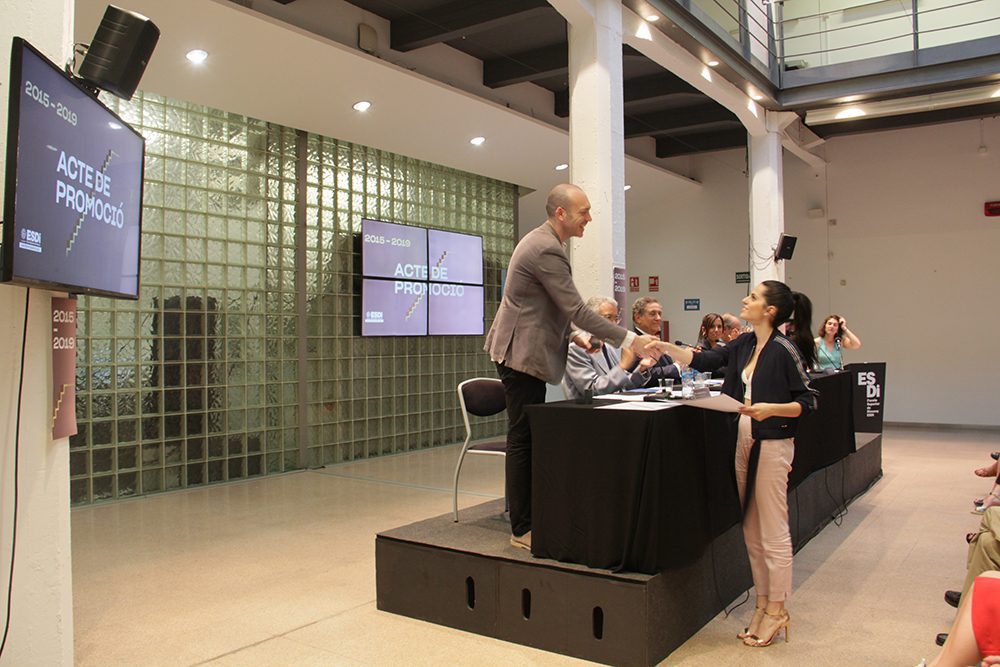 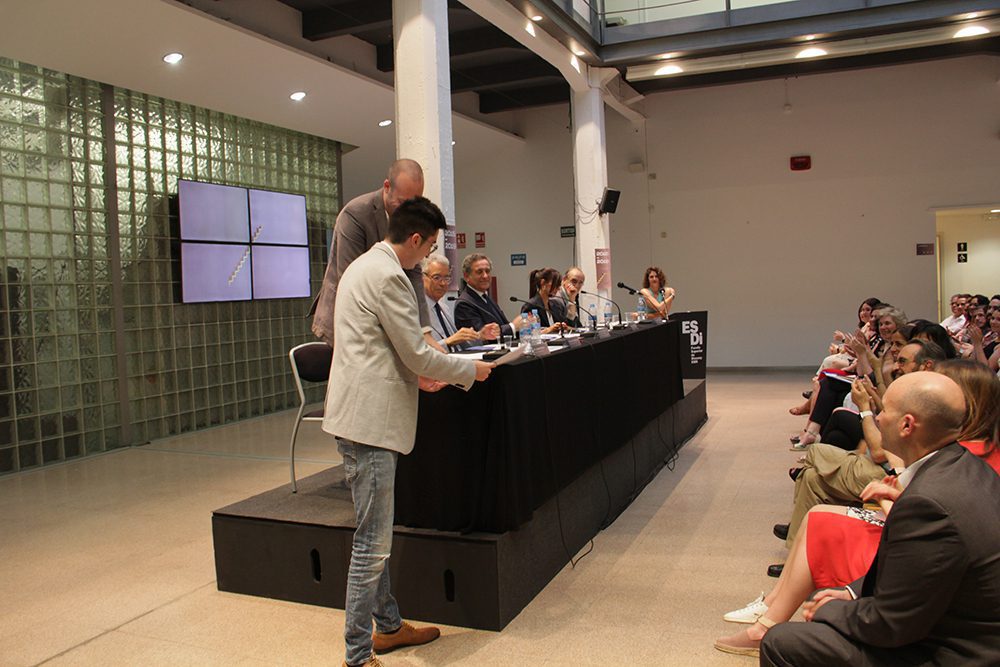 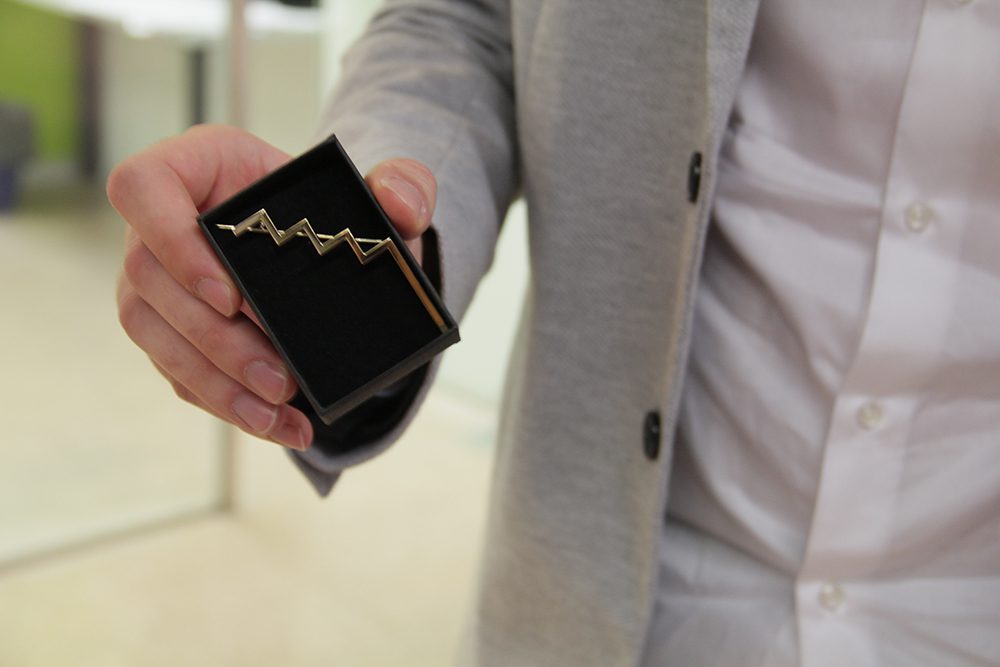 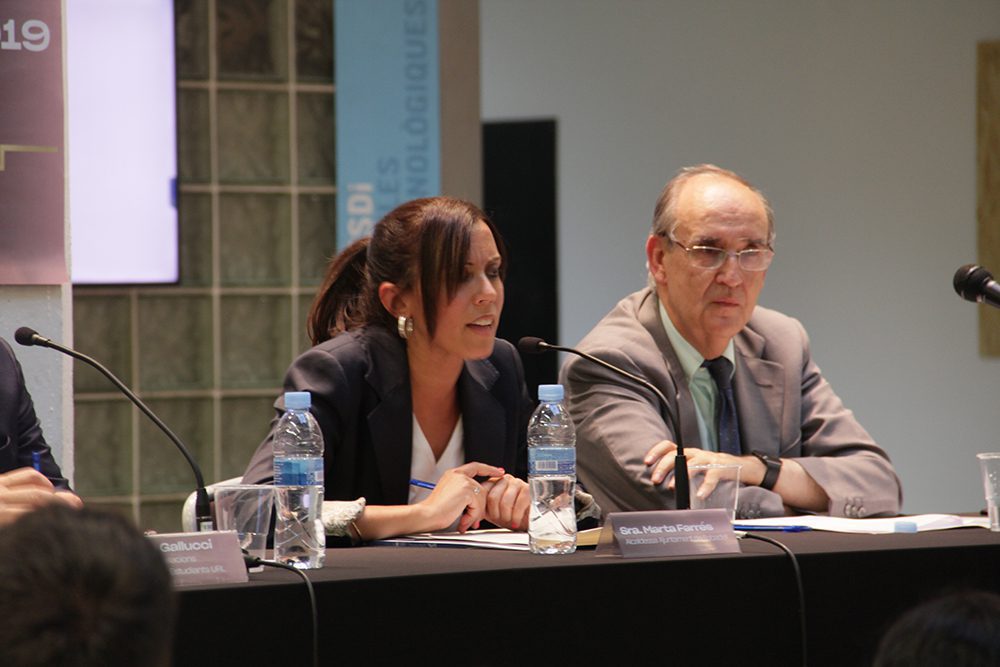 As a finale, the class of the Degree in Design 2015-2019 was transferred to the terrace. The students were able to enjoy an aperitif with their family, friends and the rest of the ESDi community. Congratulations to all! 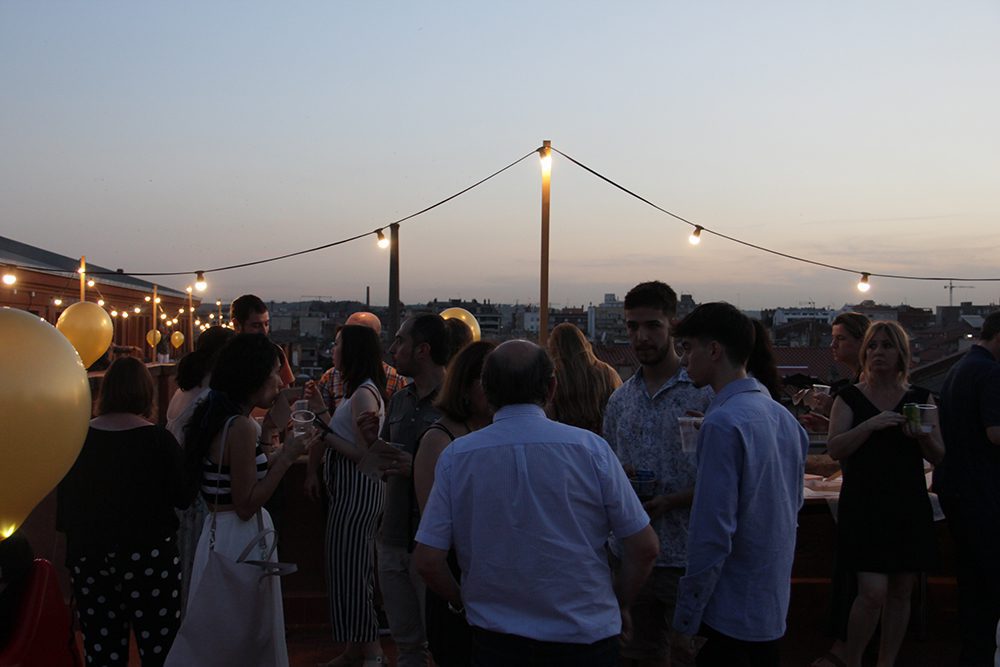 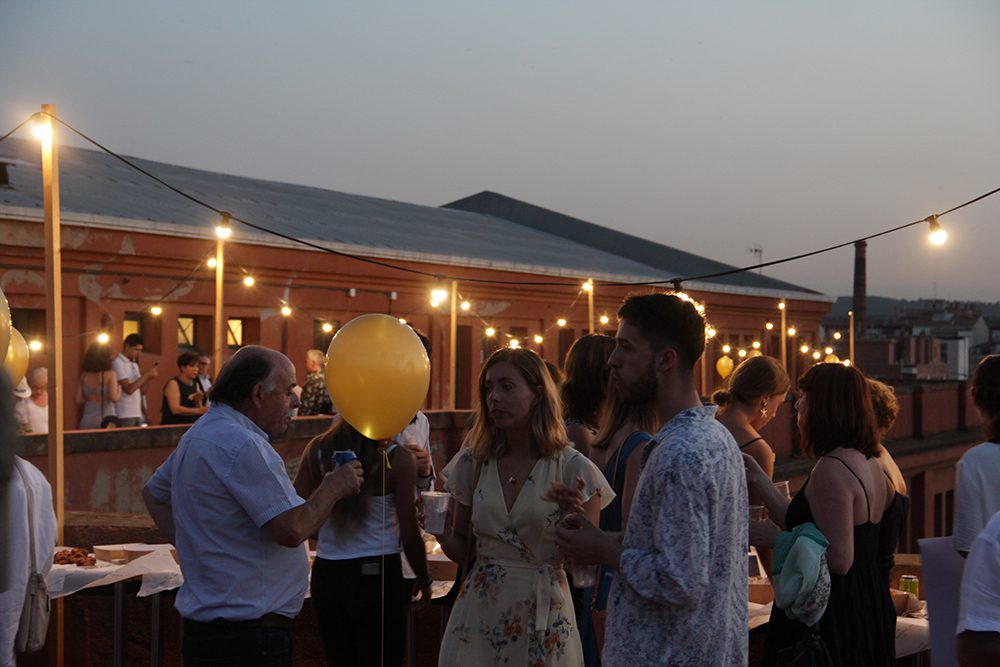