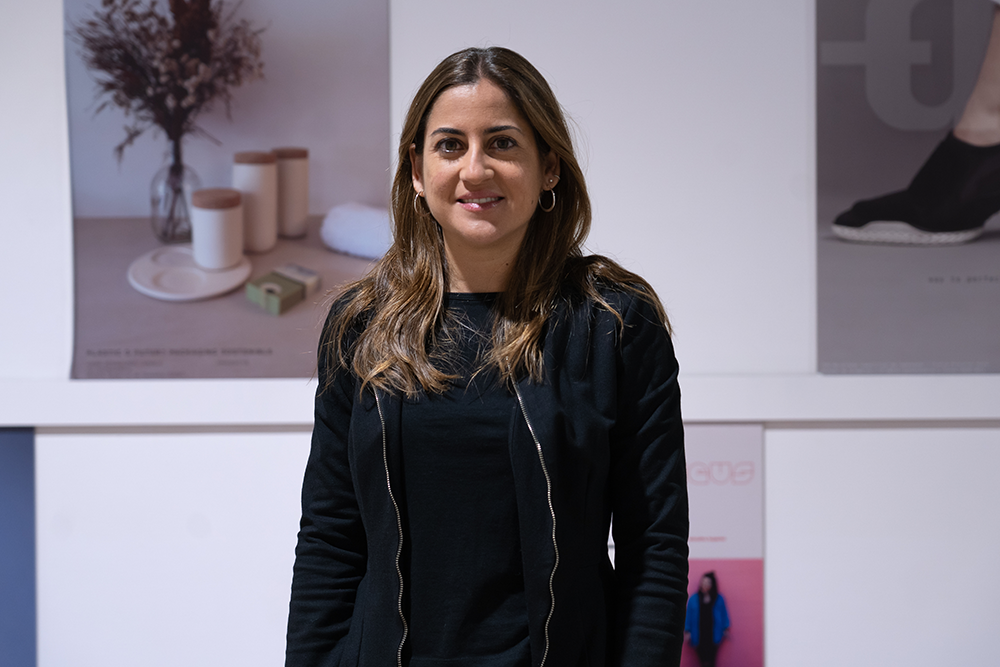 Posted at 19:44h in Blog, ESDi, Noticias by ESDI Admin

The Textile Design Foundation FUNDIT, holder of the School of Design ESDi (center affiliated to the Universitat Ramon Llull) and the School of Arts and Fashion Techniques EATM  of Barcelona, has appointed Georgina Bombardó Codinach as their new CEO. This decision happens two months after the renewal of FUNDIT’s Board of Trustees and the appointment of Carles Casanovas as President of the Foundation.

Georgina Bombardó has been Deputy Director and of Corporate Development of FUNDIT since 2017. The evolution of ESDi since she joined has been more than remakabke, with an increase in the number of students in the Degree in Design  by 28%, and in Ciclos Formativos de Grado Superior by 24%. It is strategically committed to promoting alliances with important international companies and universities, with a worlwide pursuit but with a strong presence in the Catalan territory and in the city of Sabadell.  At the same time, we want to promote an important growth plan that includes the recruitment of new students, the creation of new training programs and formats, as well as the development of applied research and innovation projects with companies, organizations and other universities.

The changes in the last few months at the head of the Textile Design Foundation represent a new stage that, as stated by its new CEO “wants to be known for making ESDi evolve towards a more transversal organization, capable of motivating and retaining talent, focused on project work and the achievement of objectives, focusing on internal communication, teamwork, excellence, entrepreneurship, digitization and multi-channeling, ensuring the satisfaction of students and professionals of the school, and aiming to regain relations with alumni”

To achieve this, Georgina Bombardó knows for sure that she wants to follow the values promoted by one of the main founders of ESDi, Josep Bombardó: placing people and students as the center, encourage critical thinking, seek innovation to respond to the challenges of the productive fabric, seek partnerships and collaborations with public and private organizations, undertake actions for the environment, promote perseverance, effort and excellence.

Georgina Bombardó takes over the position of CEO of FUNDIT, replacing Antoni Garrell i Guiu, who recently retired after 26 years at the helm of the Foundation.

She began her professional career in 2009 at UPF carrying out consulting studies with the public management team and collaborated in various public administrations such as the Diputació de Barcelona and the Barcelona City Council, participating in the implementation of various projects and managing multidisciplinary teams. In 2015 she expanded her professional experience in a start-up where she initially worked as Director of Institutional Relations and then as Brand Manager of the company.

Since September 2017 and up to the present she has been the Deputy Director and of Corporate Development of the Textile Design Foundation, head of ESDi, achieving a significant growth in the number of students and contributing to consolidate the positioning of ESDi as a reference university school in design. She is also a member of the Junta directiva del Gremio de Fabricantes and of the Clúster Catalán de la Moda Modacc. She is a member of the Junta del Cercle Sabadellès since June 2021.

Her professional career has always been linked to public and private organizations that, in addition to seeking economic return, aim to contribute to social progress. She has collaborated in different social consulting and volunteering projects both nationally and internationally, such as Hogar San Camilo Peru, Acción Social Montalegre Bcn or ESADE solidario.