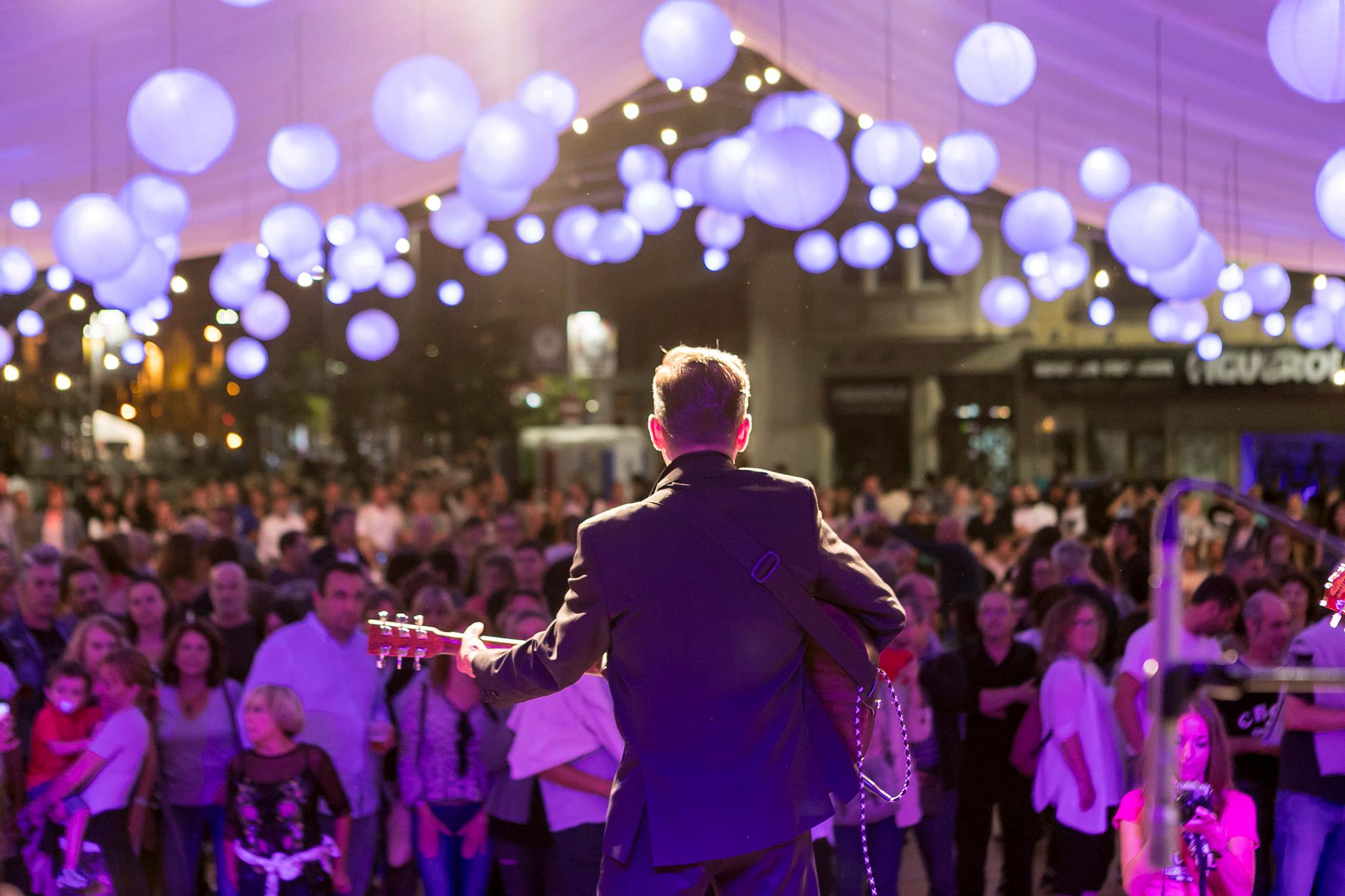 Posted at 13:14h in Noticias by ESDI Admin

During last year, the retrieval of the traditional tent “Envelat” of the Sabadell Festa Major was an opportunity forhistorical reclamation and for the coexistence of different generations.  In this year’s edition of the festivities, held at the beginning of September, ESDi professor Núria Torrell was in charge of renovating the tent’s design, which also involved developing a gregarious space.

“I wanted the interior of the tent to be a sort of small universe, so my idea was to make a firefly field”, says the scenography and illumination professor. “The tent is something we see during the day, in broad daylight, and also at night, and due to that I was interested in allowing a transformation between the warm and white vision of daytime and a more magical one for the evening”.

In order to carry out the design, of 25×15 meters, Torrell mixed garlands, “traditional elements of the tents by excellence”, textiles for covering the roof of the tent and paper globes, which were hung at different heights and distances in a “chaotic game within the order” that was able to translate the spirit of her initial idea.

According to Torrell, the Envelat was her first experience designing a scenery that was specifically made to allow the entry and circulation of people, a characteristic she found stimulating. “I always find that things that are linked to tradition are very important”, Torrell added, “because they are able to generate a synergy with the inhabitants of a place”.