ESDi participated in the Magnet Project 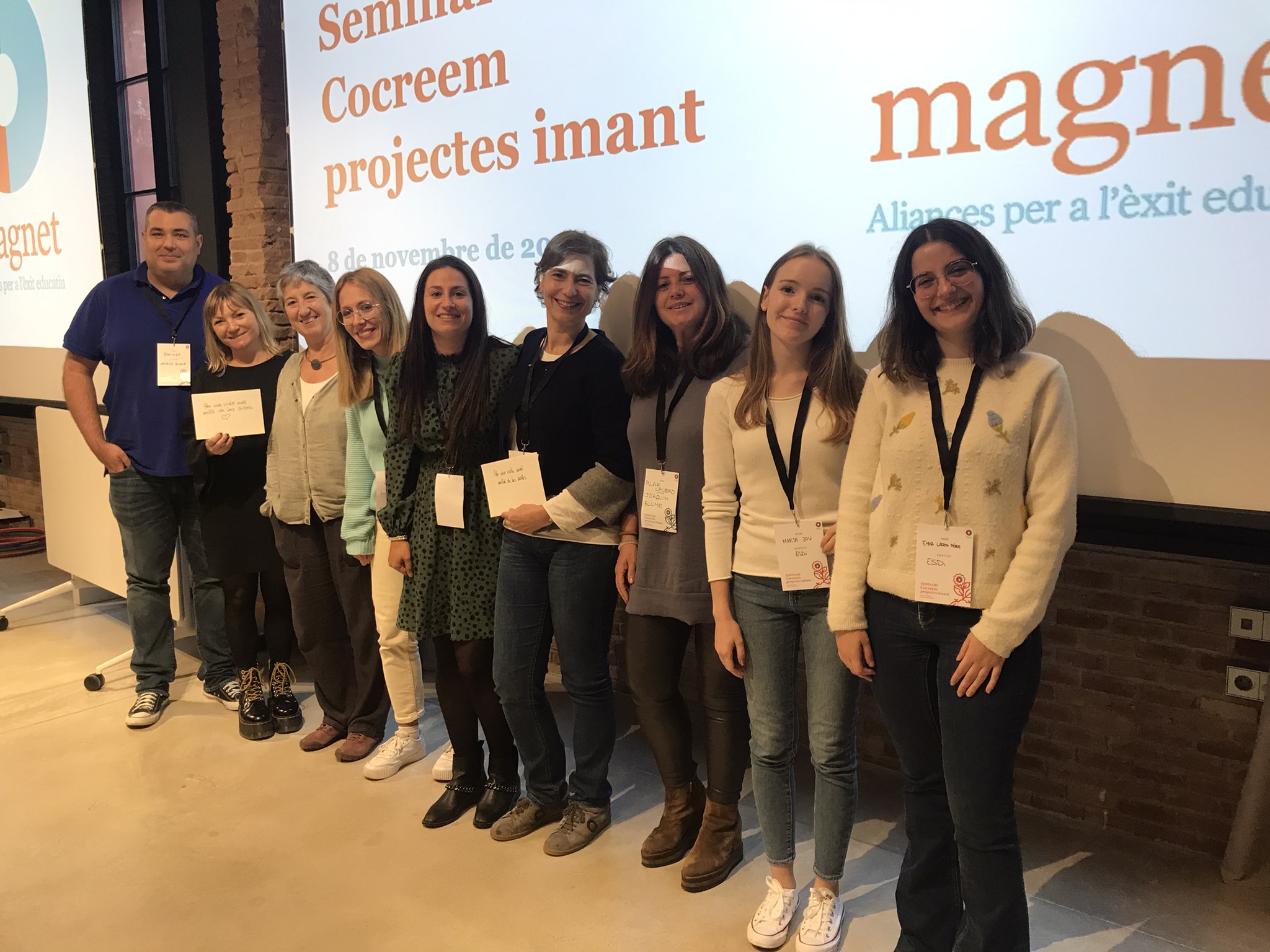 Posted at 10:39h in Blog, Noticias by ESDI Admin

ESDi participated in the Magnet Project. Last Tuesday, November 8, the session “Cocreem projectes imant” of the “Magnet. Alliances for educational success”. Magnet defines itself as an innovation program for educational equity and collaborates with different institutions to carry out this project. It is promoted by the Jaume Bofill Foundation, the Department of Education, the Barcelona Education Consortium and the UAB Institute of Educational Sciences.

The ESDi Higher Design School participated by collaborating in partnership with the Joaquim Blume School for the Magnet “imant” project. Both institutions attended the conference and planted the roots of the next research processes. His proposal was focused on the design of the exterior spaces of the Joaquim Blume School, specifically the patios and the orchard.

At the same time, the magnet driving teams, the institutions with whom they form an alliance and the trainers who accompany them in the educational transformation will participate. Approximately 100 people attended, who were devising and sharing projects for prosperity and transformation towards a successful education.

First of all, the co-creation dynamic began at 9:45 a.m. It was developed in several phases to present the idea of the project in which all attendees were going to participate. They began to share the proposals that they devised throughout the morning. Throughout the presentation, the participants shared their needs and proposed ideas with a future project with the aim of achieving an equitable and quality education. It is a project that focuses on the students and from there, the effect on the other surroundings: methodological changes, team cohesion, family involvement…

The result was the set of cross-sectoral and competency proposals between the different magnet driving teams, the institutions that form an alliance and the trainers that accompany them in this educational process. 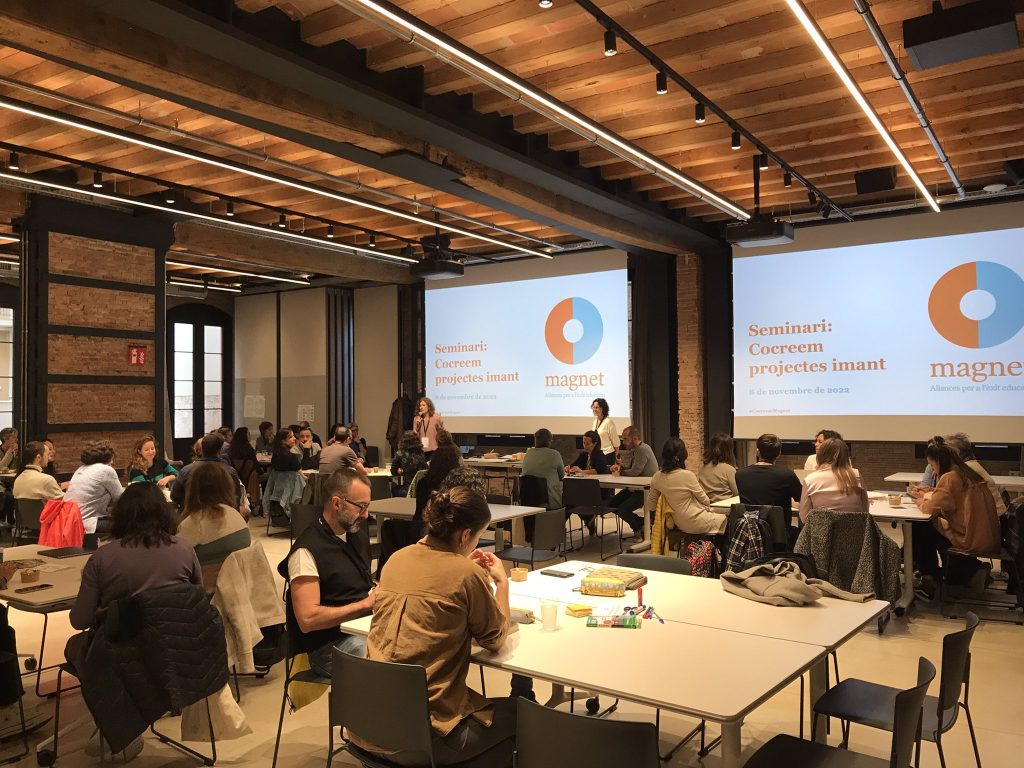 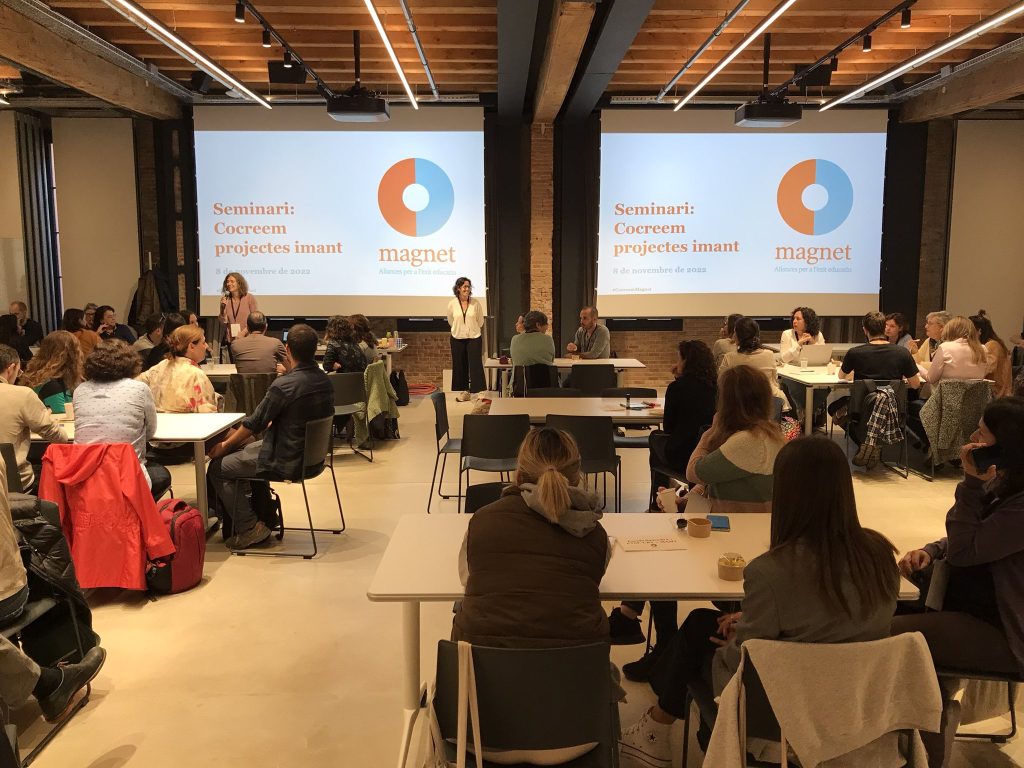