“In our country, art is very much undervalued”. 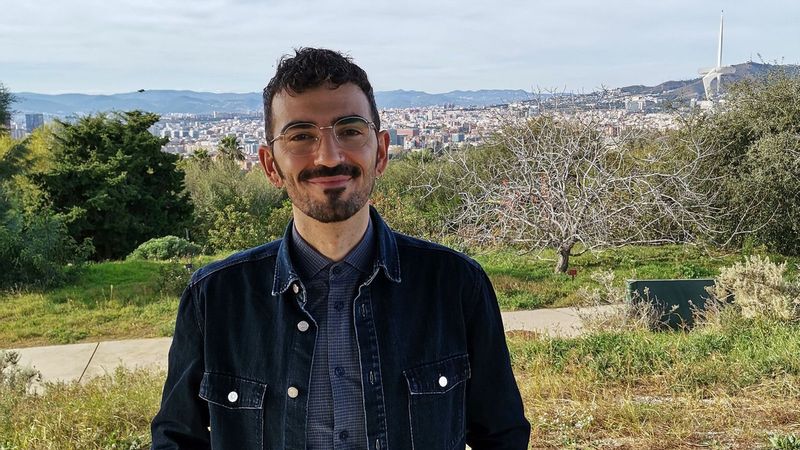 28 Jul “In our country, art is very much undervalued”.

Posted at 11:45h in Blog, Noticias by ESDI Admin

Christian Alonso is the first Lleida native to win the Barcelona Producción competition.

Multispecies Imaginaries. The Art of Living in a World of Contingency and Uncertainty is the name of the exhibition project with which the Lleida-based researcher and curator Christian Alonso has won the curatorial modality of this year’s Barcelona Producción artistic creation competition.

This competition, organised by the Institut de Cultura de Barcelona and in operation since 1997, has as its main objective to encourage production in the field of contemporary artistic practices. And Christian, as well as being the first person from Lleida to win it, has also been one of the youngest people to do so.

It is a very well-funded competition (20,000 euros for the exhibition project, activities and publication) and, as there is no age limit, the winners are often mid-career professionals. This year Alonso’s project competed with 270 others and in his category, the curated exhibition, only one was awarded.

Such an opportunity becomes one of the few opportunities for many state professionals to make a project of this magnitude a reality. As the curator maintains, to be able to deploy a project in these conditions is an opportunity to work with dignity. In our country, art is greatly undervalued, and the attitude with which this artistic creation is underestimated is the same attitude that undervalues research and education,” Christian assures us. The fact that so many projects have been presented in an art competition like this one, as well as making it clear that the Catalan art scene is alive, is partly a sign of the precariousness suffered by creators”.

His project explores the relationship between artistic practice and an expanded notion of sustainability, both environmental and social. That he chose this theme is no coincidence. Alonso, who was born in 1987, spent a large part of his childhood in his grandparents’ tower in Partida la Femosa, in the Lleida orchard. The strong roots in the territory and the intense dedication to farming of his ancestors awakened in him a sensitivity for non-human forms of life, which would end up influencing his personal and professional life.

The exhibition project, which will be launched next year, will feature several artists, including Jaume Simon Contra and Olga Olivera-Tabeni from Lleida, both of whom have a long artistic and professional career and who, in Christian’s own words, form part of this group of “orphan artists” who, given the lack of support from the institutions of their native city, “find themselves with the need to sustain their production by resorting to the system of calls from Barcelona, which is practically non-existent in the counties of Lleida”.