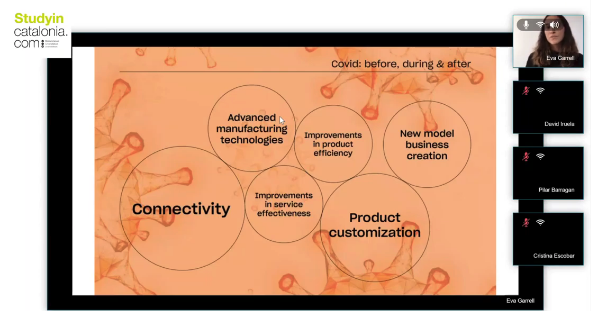 Posted at 15:25h in Blog, Noticias by ESDI Admin

Of the 14 at the 16 of October, ESDi was present for the first time at the EAIE Community Exchange, an event destined at professionals of the international superior nurture at which took part more of 1.600 persons of 57 distinct countries. In addition to being able to connect and establish international accounts with universities of all the world, ESDi had the opportunity to impart an online session at the hall Study in Catalonia of the Generalitat de Catalunya, where the principal Catalan universities were represented.

Like this then, the International Relations Director of ESDi, Eva Garrell, and the Director of the ESDi, Maja Cecuk, presented “Empowering 4.0 Minds”, a session on the adaptation of the methodology of ESDi at a new reality hardened by the crisis of the COVID-19: the of the Industry 4.0. 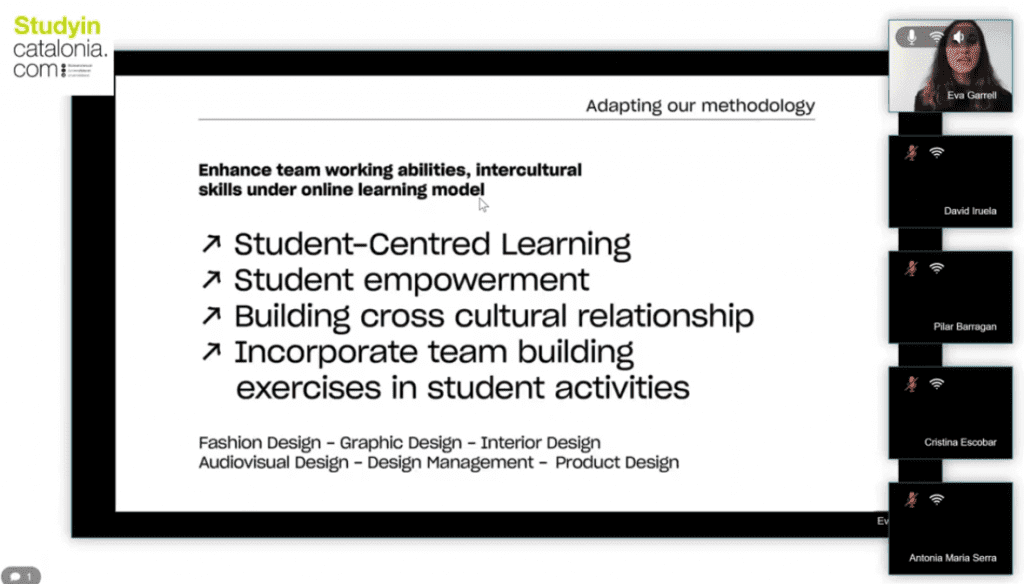 The aims of the webinar were to show the importance to adapt the mode at what teach, learn and live during the crisis of the COVID-19 and what can learn thereof, the mode at which we are facing at this revolution, and how come is important for the universities, teachers, staff and students adapt his methodology.

The principal ideas that wanted to send Eva and Maja with “Empowering 4.0 Minds” were: