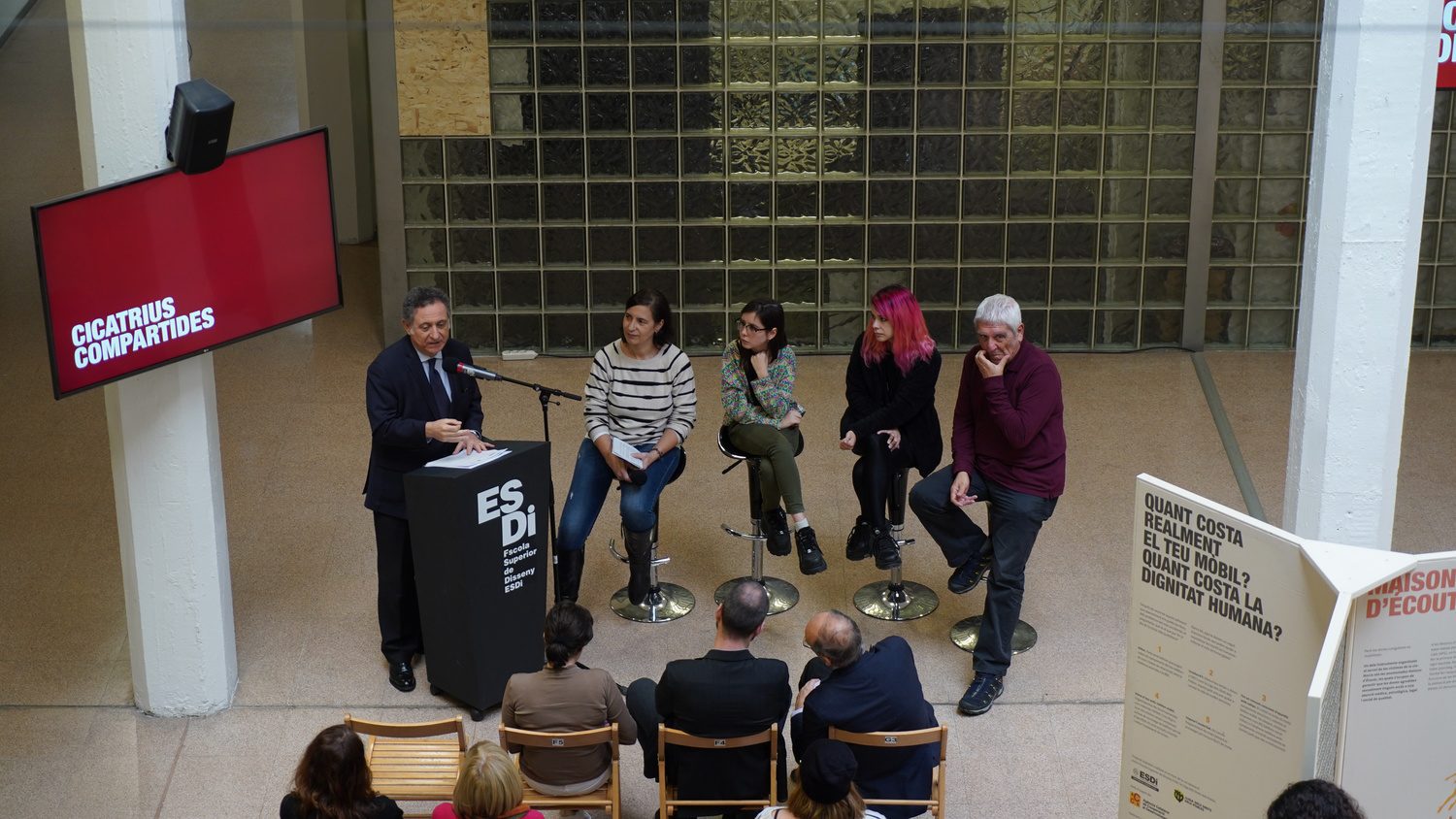 Posted at 21:35h in Noticias by ESDI Admin

On December 10, the exhibition “CICATRIUS COMPARTIDES” on gender violence in the Democratic Republic of the Congo was inaugurated in the ESDi Hall. It is a project with content of the conflict and the territory facilitated by Lliga dels Drets dels Pobles, and developed by an ESDi team at the level of research, design and conceptualization.

The objective of the project, materialized in an exhibition, is to raise awareness about the situation of women in the Butembo area of the DR Congo. It also seeks to raise awareness of the exploitation of illegal mines and the smuggling of resources that are extracted, where mafias installed in the territory act with the collusion of people linked to different areas of political power and Western companies.

As Dr. Elizabeth Ferrandiz, an ESDi professor involved in the project, said in an interview with Ràdio Sabadell, «in the work we do in the subjects, similar problems often arise, perhaps not in such a distant context, but as the project explains, we have more relationship than we think». Therefore, in the exhibition we want to explain “what are the reasons why this gender violence occurs in that territory”.

The installation consists of five panels, which identify 5 phases: impact, curiosity, empathy, solidarity and action. In addition to explaining the conflict, the exhibition wanted to involve the visitor with questions to answer yes or no at different polls. This also gives rise to the title “CICATRIUS COMPARTIDES”, since it is a scar with which we can all identify. Gender violence is not a distant issue, and the exhibition seeks to empathize with the problem and the reality of the day to day around us.

Different members of Lliga dels Drets dels Pobles have been in charge of advising on the content of the conflict and the territory to the students who have been responsible for carrying out the project: Cecília Solé, Francisca Sotomayor and Ainara Navarrete. At the inauguration, the students highlighted the creative process of the exhibition. They opted for illustrations and an aesthetic away from the real images with which the exhibitions with this theme are usually treated.

Listen the podcast by Ràdio Sabadell.